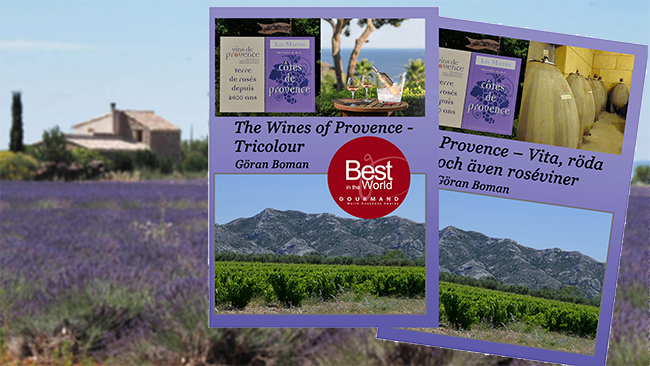 Göran Boman was recently honored with the prestigious international Gourmand World Cookbook Award for his 2018 book entitled The Wines of Provence – Tricolour.   Accordingly, this book is the “Best in the World” in the category “French Wine“! I learned that this competition has been likened to the film competition in the Oscars. Woo-hoo, Göran Boman! 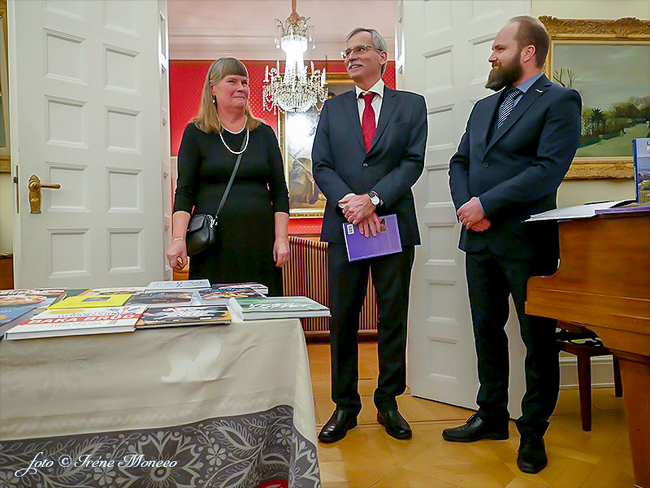 Göran Boman receiving his Gourmand World Cookbook Award. Photo by Irene Moneeo © use only with permission.

This very informative and well-written book covers the wines of Provence, including not just the rosé wines but the whites and the reds which are often neglected by wine writers.  Fifty-seven producers and 340 wines are mentioned. It includes detail about history, winemaking, grape varieties, and the various terroirs in this wine region. Furthermore, Boman writes about all nine appellations of Provence.  How many Provence enthusiasts can even name all nine appellations?

In July 2019, the English version of The Wines of Provence – Tricolour was released. This version sits in a prominent place in my bookcase and has been an excellent resource. 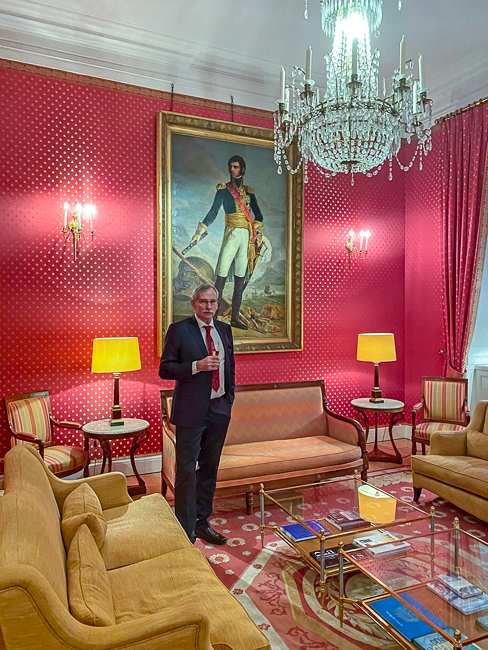 Boman has been studying wine for 25 years.  He has long been a member of “Munskänkarna,” the Swedish association of tasting and studying wine.  Boman passed the top-level  Munskänkarna exam, equivalent to the grade of Sommelier. He writes the blog, WinesofProvence.org, in Swedish with significant parts in English – enough to warrant English speakers to definitely have a look.

The book is available in several of Amazon’s markets as well as on Vulkan.se, Adlibris.se, Bokus.se .