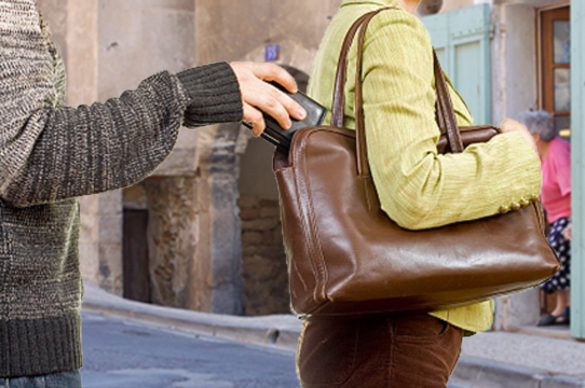 Yesterday I gave a talk to the International Women’s Club of New England. The subject was the Lubéron—not surprising, eh?—but what was surprising was which slide generated some of the most lively conversation, especially after the talk.

This is a very sophisticated group of women (and yesterday there were two men in the audience) who have traveled widely and frequently. They are a savvy bunch. Many are from European countries, including France. And, yet, the thought that a paradise such as the Lubéron might have a few thieves in the mix was, well, inconceivable. Preposterous. And I understand why. How do you reconcile two such competing images?

Imagine yourself sipping chilled rosé, overlooking a sun-drenched vineyard that stretches to meet rows of olive trees, leaves glistening in the Provençal light. Sun flowers dancing on one side, fragrant lavender on the other. There are thieves out there too? C’mon…. Yup, even the idyllic Lubéron, Peter Mayle’s Provence, is not immune to crime.

The first story I ever heard about crime in the Lubéron was the wildest. A newly acquired friend—a friend of a friend—had just purchased a lovely home in the countryside near a popular village. On his return from Switzerland to his new home, he and his partner, eager to begin retirement in Provence, arrived to find two legs dangling from the chimney into his fireplace (an image that haunted me for years). They belonged to a young man, deceased for several days by then, who had apparently read too many American Santa Claus stories. At least, he wasn’t able to steal anything.

Gradually, we heard more stories. One scenario that emerged more than once from the stockpile of curious Provençal crime lore was peculiar to vacation homes: we called it “the-everything-including-the-kitchen-sink” burglary. Homeowners open their doors and find absolutely nothing. Not only are all the sinks gone, but the toilets have been lifted, too!

I hasten to underscore, before I go on, that France, in general–and Provence, in particular–has a very low rate of crime. A recently published report from the Minister of Interior showed that general crime in France dropped by 3 percent from 2009 to 2010. Although violent crime slightly increased (2.5%), the same report said that this small overall increase was due to a huge increase in smartphone thefts, particularly in Paris and its suburbs. (This type of theft is rampant in the United States as well.) Finally, in France, the number of homicides fell 40 percent over the past ten years and is at an all-time low. 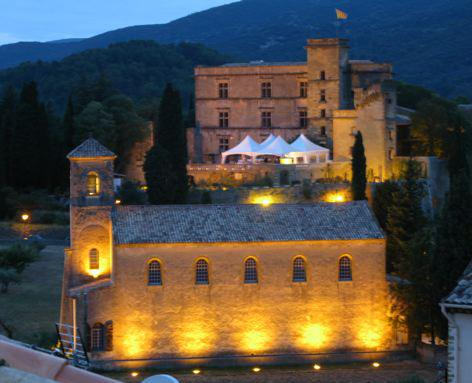 In Provence—especially in areas like the Lubéron—tourists should feel very safe. I know we feel completely safe in Lourmarin and the surrounding area where violent crime is virtually unheard of. However, thefts from cars—or of the car itself—are a concern for tourists (and locals), even in the Luberon.

Having had two cars stolen the year we lived in Lourmarin, we would concur. Rick Steves, in his most recent tour book, Provence and the French Riviera wrote that “[Auto] theft is a huge problem throughout Southern France.”

The first time it happened to us, we were propelled into a state of shock. Transfixed by the empty parking spot save for a small pile of glass, we simply couldn’t believe our eyes. We immediately enlisted the help of our friends in the village and commenced the first steps one takes when such an incident occurs.

What became immediately clear was that everyone knew what to do….because car theft was such a common problem. And yet, a dozen years ago when this first incident occurred, we were completely unaware of the extent to which this particular crime occurs in the quaint villages of Provence. Like most tourists, we thought that such crimes were confined to Marseille. But, on that beautiful fall morning, we were introduced to the underbelly of Provence and suddenly, as if we were now part of a secret society that “knew,” everyone was telling us, without great fanfare and with even a certain nonchalance, about his or her experience(s) with car theft.

I recall the owner of one of our favorite restaurants saying something like, “Ah, now you know what no one likes to talk about until you know.” 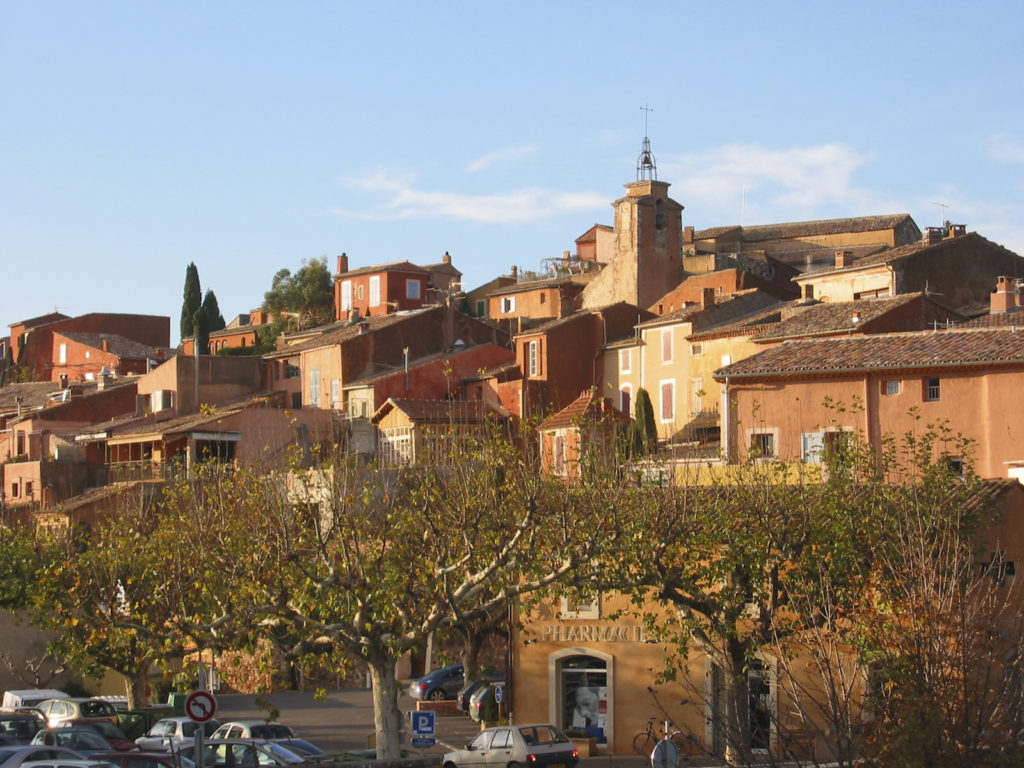 The small picturesque villages, it seems, are like magnets for “thieves from Marseille.” These villages are most likely to attract tourists with highly desirable late-model cars and the tiny villages don’t have local gendarmes. Some small villages, like Lourmarin, have gendarmes in the summer months when tourism is highest but relinquish them in the fall. Thieves, champing at the bit for the coast to clear, return with a vengeance in the fall, as they did that November in 2002. We discovered there had been a rash of auto thefts that week and apparently two weeks later when our second rental car was stolen.

It is probably time to assuage again any rising fears about travel to this area. Let’s put auto theft in perspective: I could not find statistics about Provence’s auto theft rate but I would venture a guess that it is higher than most other regions in France (perhaps due to its close vicinity to Africa where many of the cars are shipped). But, statistics comparing nations revealed that nine other countries have auto theft rates that are higher than those in France. United States is higher. As the table shows, Switzerland—who would have guessed?—ranks highest with over twice the rate of stolen cars!  (These statistics are based on reported thefts so perhaps Switzerland has a better reporting system, but twice as good?) 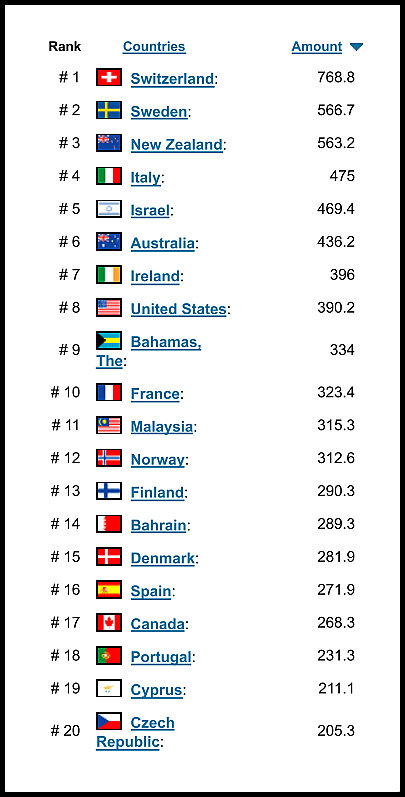 “Auto theft by country,” European Institute for Crime Prevention and Control International Statistics on Crime and Justice, 2011. Number of auto thefts per 100,000 population. Click to enlarge.

We have never had another instance of car theft or any type of crime occur again in the Luberon (or anyplace else in France). I don’t have any statistics to back my thoughts, but, as a member of the group that now “knows,” it seems that car thefts have markedly decreased, at least in Lourmarin. I can’t recall any guests of our rental properties reporting such theft either. Unfortunately, thieves can show up anywhere. (In my own neighborhood in charming Portsmouth, New Hampshire, there was a spate of thefts from cars this past year.)

My guess is that Provence’s car theft rate gained its nortoriety because, as I wrote above, the idea of grand theft auto is radically incongruous with our usual images of Provence and particularly of our notions of life in “The Most Beautiful Villages of Provence.”  So incidents of stolen cars in this region perhaps take on greater prominence than those in other regions. 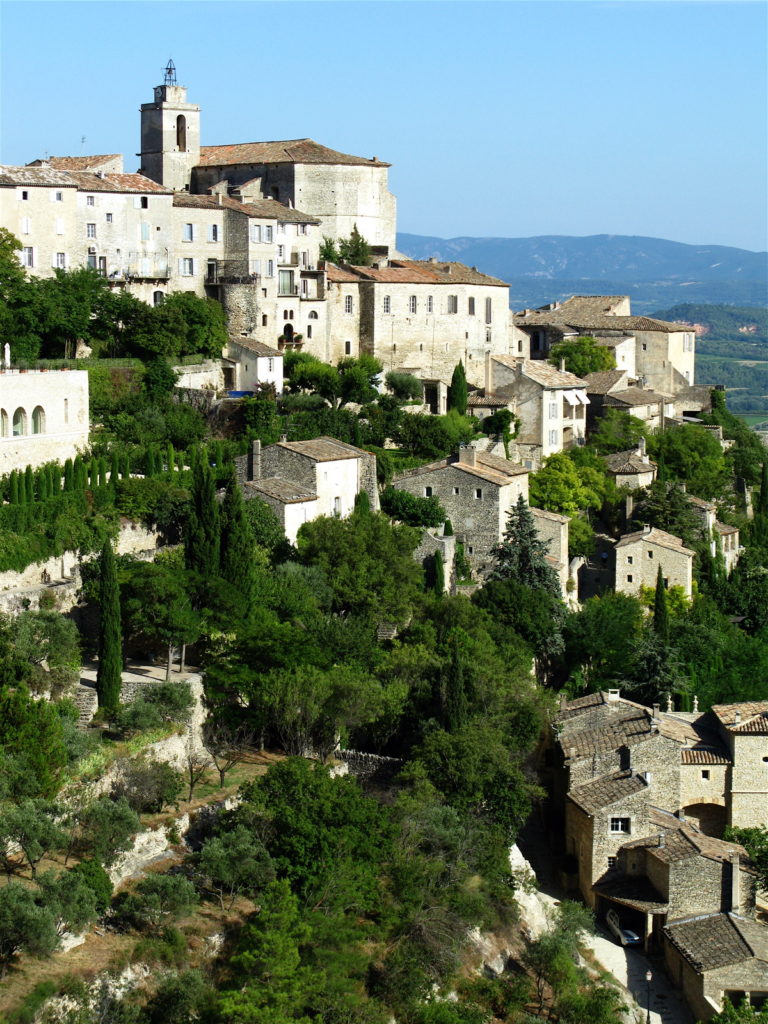 In Provence’s large cities, thefts from cars—parked and stopped in traffic—remain a major problem. Another major concern, according to U.S. Overseas Security Advisory Council (OSAC) is the theft of luggage from conveyor belts and luggage trolleys (in airports and in railway stations in Marseille, Avignon, Nice, and Aix). Always be aware of pickpockets and snatch-and-run thieves who can very quickly grab your purse, suitcase, shopping bag, or smartphone, especially when your attention has been purposefully diverted, however momentarily. The U.S. Consulate in Marseille recently reported that there has been a rise in burglaries of vacation home rentals and of “necklace snatching.” 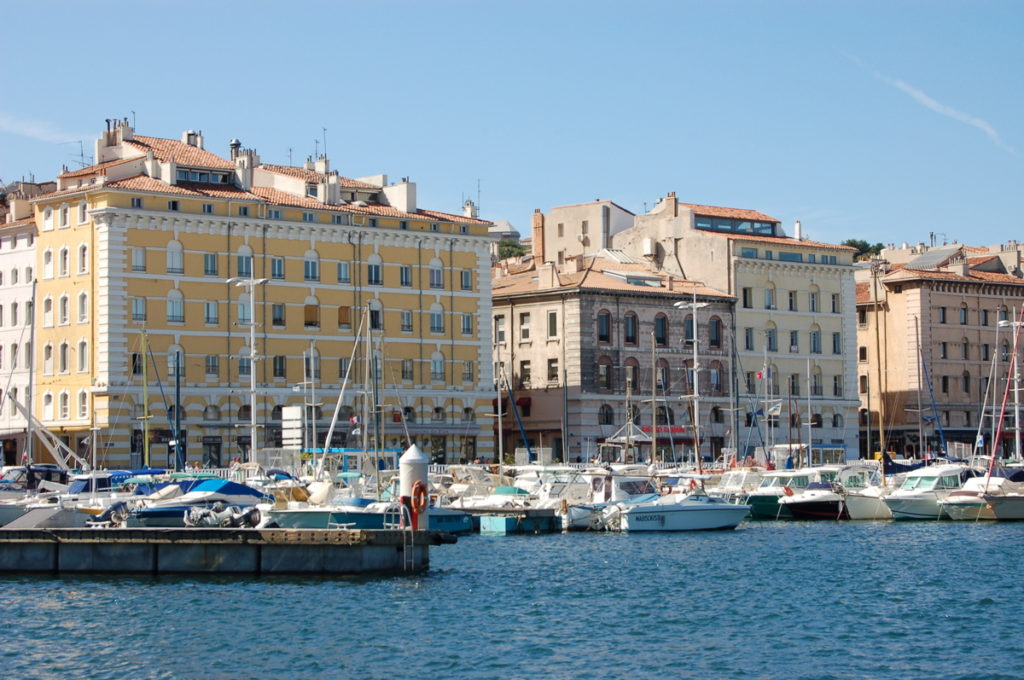 Violent crime in Provence is very low everywhere except Marseille and, even there, about a quarter of violent crime is tied to drugs and organized crime, activities most tourists are not a part of. In 2011, compared to the previous year, robbery was up (23%), burglaries increased (14%), and armed robberies went up (40%).The murder rate increased by 9% in the first three months of 2011. By way of comparison, though, with 245 homicides over the last five years, your chances of being murdered in Marseille, according to my rough calculations, are about the same as in New York and much better than in Chicago. As Marseille begins its year as a Cultural Capital of Europe, everyone is hopeful that the expected injection of a billion euros into the city will help to loosen the grip that crime has long held on Marseille.

Although crime in Marseille is legendary, it bears mentioning that lovely Aix-en-Provence suffers from increasing crime. With all the students wondering around—earbuds in place, thumbs bobbing up and down, and eyes locked to tiny screens—it should be no surprise that smartphone theft is a real problem. But, so are the other types of crime mentioned above. 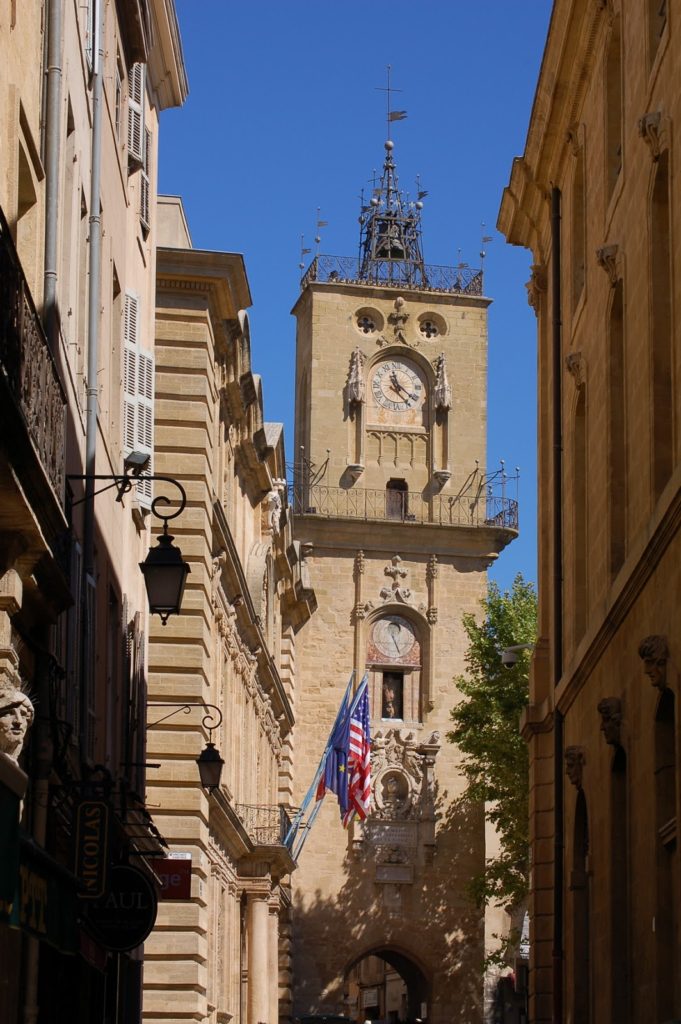 So what is a tourist in Provence to do? Plan ahead and pay attention (as you would anywhere). Most crimes are crimes of opportunity. 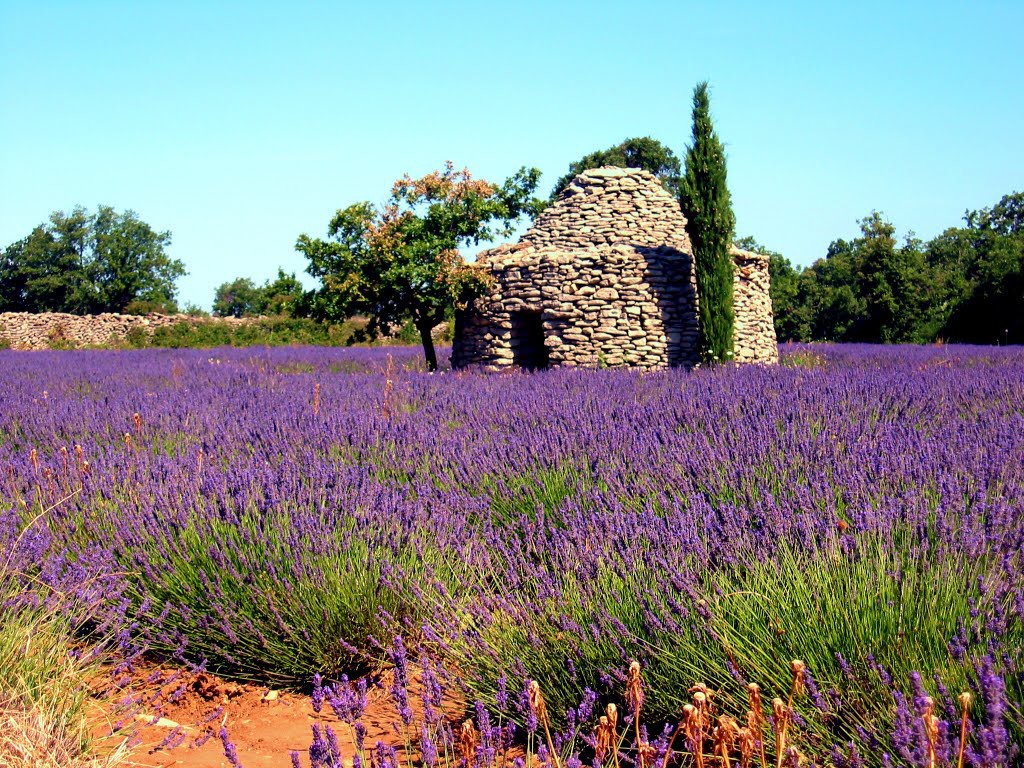 There is nothing that would deter me from traveling to Provence. We have been to Lourmarin, tooled around the Lubéron, and travelled all around Provence again and again since November 2002. I suppose the greatest testament to my passion is that we bought property in Lourmarin a few years after our run-in with the alleged thieves from Marseille.

As a very seasoned traveler from the audience said to me yesterday, “I adore Provence and would even go to Marseille.” “Just be savvy,” she said, “people need to be savvier.” “It’s worse in Italy,” she added, with a twinkle in her eye, as if the thought held some allure for her.

Yes, Virginia, there are thieves in Provence. Why wouldn’t there be?