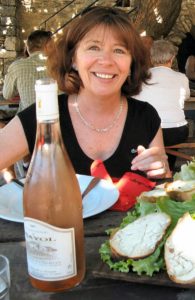 Although sometimes I feel like the accidental wine journalist, my circuitous path to this role has a history that runs deeper than I usually acknowledge.

I learned the delights of tasting wine from my grandfather, who nurtured his love for wine and for France through a career of importing cork.  Occasionally, Grampi took advantage of his requisite trips to cork forests and production sites in Spain and Portugal to layover in his beloved France.  I accompanied him on one of those trips, which was a watershed event for a 17-year-old high school senior from California’s Central Valley, where, in those days, a grape’s most likely fate was a raisin box.  I was immediately smitten and inextricably hooked on France.

Grampi  was proud of his ancestry which has been traced back to the patrician de Broglie family whose members distinguished themselves in the wars of King Louis XIV and King Louis XV, and whose later generations were princes, diplomats, writers, and scientists.  I love having France in my blood.

I married a man who shares my affinity for France and we raised a daughter who readily adopted her parents’ Francophile passions.  We set out to explore the nooks and crannies of France on our vacations but found ourselves returning to Provence again and again.  Eventually, we  spent six months in the charming village of Lourmarin which led us to buy property there.  I left my career as a social psychologist, joined the ranks of full-time mothers, and, as it seemed de rigueur, launched a blog about “all things Provence.”

Over the years, as I wrote my posts for The Modern Trobadors, I realized that Provence wine, especially rosé, was a subject to which I was drawn as much as I was to its markets, hilltop villages, art, and lavender.  Fearing that my growing interest in the region’s fascinating culture of vinification could dominate my blog, it became clear that The Modern Trobadors was about to have a sibling.  The birth of Provence WineZine was christened when a stroke of serendipity  propelled me to Provence—more on this subject later—and I found myself tasting wine and hearing stories from some of the most engaging and passionate people I have ever had the pleasure to meet.  (Pinch me, I kept saying.)

Today, as we sit ’round the kitchen table to taste and talk wine—as I did for so many years with my grandfather—I will remember that he told me tasting wine is about trusting your own palate and having fun. And that is what Provence WineZine is all about.

Fellowship Award Winner to the 2017 Symposium for Professional Wine Writers 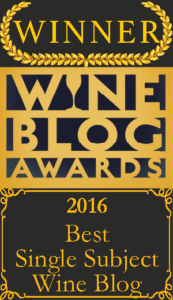