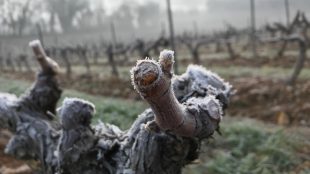 Temperatures as low as -7֯ C  (19.4֯ F) were recorded in the Var in the early morning hours of March 25 and 26. Snow flurries were seen but it was the frost that caused damage to vineyards throughout the Var and apparently in parts of the Vaucluse, Bouches-du-Rhône, and Gard... [...]