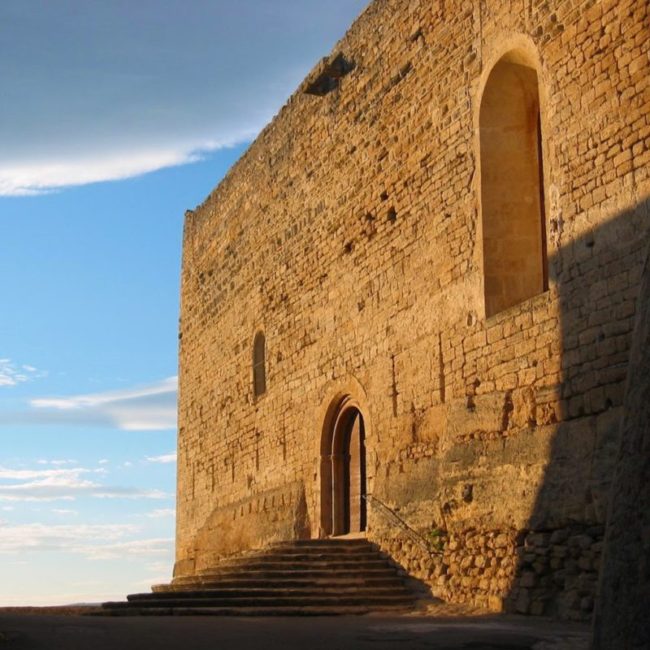 In most tourist books about Provence, rarely is more than a small paragraph devoted to the charming village of Ansouis. In some popular books—notably Rick Steves’ Provence and The French Riviera—the village is not even mentioned although, remarkably, the old standard Michelin Guide: Provence includes a full page about Ansouis.It’s no wonder this beautiful village is also referred to as “sleepy and “quiet.” (Read: surprisingly few tourists.) Selfishly, I would like to keep it that way, but having spent a week there this past summer, I could see that it was not the somnolent Ansouis I first met in the mid-1990s. 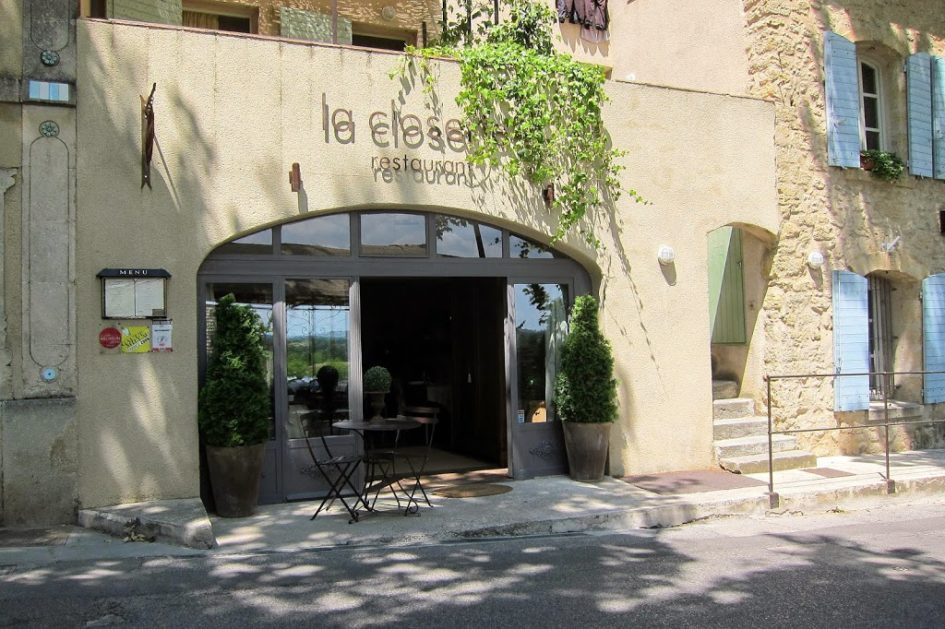 Ansouis has been discovered. It probably began in 1999 when the village was named one of the most beautiful villages in France.  Then, when the haute-cuisine restaurant, La Closerie—having already established an enthusiastic local following for ten years—was awarded a Michelin star a couple of years ago, people with their fingers on the pulse of tourism in the Luberon knew that the allure of Ansouis would attract a broader audience and gradually draw more tourists. At the same time, tourist magnets like nearby Lourmarin were, in the minds of some people, becoming too crowded, compelling tourists to consider other neighboring villages.Ansouis, population hovering just over 1,000, is located in the southern part of the Parc Naturel Régional du Luberon, just 12 kilometers (about 6 miles) from our long-time favorite Provençal village, the aforementioned Lourmarin. Built atop a rocky knoll upon which an imposing château has rested since the Middle Ages, Ansouis offers a commanding view of the Luberon countryside. It’s a breath-taking view, a veritable patchwork of vineyards and, depending on the time of year, fields of wheat, lavender, sunflowers, or poppies, dotted with trees like cypresses, olive trees and evergreens, and framed by the Luberon Mountains.

In our early travels to the Luberon, we would often drop by Ansouis just to enjoy that view. We would stop for a café crème at the village’s (only) café, under the plane trees at the base of the village, or walk up and over to the other side of the village where we could enjoy a cup of tea at the (only) salon de thé and take in the gorgeous view at the same time. (The café/bar is still there, not surprisingly, as is the Salon de Thé, now called Les Moissines and serving an excellent lunch, I am told).

The village was always very quiet. I often got the feeling we had inadvertently walked on to an abandoned movie set for Peter Mayle’s A Year in Provence. The streets were well kempt and the impeccably restored stone homes, dating back to the 15th century, were perfectly adorned with urns and window boxes filled with blossoming flowers. The beautifully polished doors with lavish knockers begged to be photographed and it was easy to oblige because no one was there to get in your way.

This summer, I had the good fortune to stay in a maison village—in the very heart of Ansouis—and I got to see firsthand how Ansouis has fared, having been discovered. Let me allay any fears now—it is still a very tranquil village. There are indeed more tourists and parking is not as easy as it once was, but “sleepy” still aptly characterizes this delightful village.

There is a new pâtisserie and salon de thé where you can find terrific croissants served with a big smile and, I am told, an excellent lunch with very fresh salads. Conveniently located at the base of the village, near the café, one can pick out their pastries and take them to the café tables under the plane trees to enjoy them with their morning coffee (also served with a smile). I was there quite a few mornings (and the other mornings, one of us picked up the pastries to enjoy on our balcony) and later in the evening, we were often back for pastis. We had a ball watching the World Cup matches with the locals in this bar.

Beyond the views, other attractions in the village our family enjoyed some twenty years are, of course, still there. (It is Provence, after all, where some structures have been around for as long as 2,000 years.) This list includes the Château d’Ansouis, the adjacent Église Saint Martin, the very quirky Musée Extraordinaire, and the atelier of the nationally recognized santonnier, Daniel Galli.

I might be the only one of my entire circle of friends who travel to Provence who has never toured the château, I am embarrassed to report. It was built in the 12th century, atop a dilapidated fortress, and restored in the 17th century and again in 1930. The same family—the Sabran family—owned and lived in this château until 2008. Begining with Elzéar and Delphine de Sabran who in the early 14th century chose to live a life of austerity and were later made Saints by the Avignon popes, the property stayed in this family until 2008,  when a family quarrel over inheritance could not be resolved and the château had to be sold at auction. Pierre Cardin, who owns a lot of property in the Luberon (especially in Lacoste and Bonnieux) nearly became the new owner but, to the relief of many locals, the deal fell through and a couple from Aix-en-Provence, Gérards and Frédérique Rousset-Rouvière, took ownership. Today, Madame Rousset-Rouvière gives many of the tours. (Having missed the tour again on my last trip, it is among the top to-do’s on my list for my next trip!)

The adjacent church, Église Saint Martin, is well worth a peak to see its opulent décor. In the Middle Ages, this building was a Court of Justice where the judicial roles were carried out by the lords of the château.  The remains of the two local saints, Elzéar and Delphine de Sabran, are kept here.Consider dropping by the Musée Extraordinaire if you enjoying a leisurely afternoon. A visit will undoubtedly provide fodder for your conversation over an afternoon pastis at the local bar.

Finally, the Santon studio of Daniel Galli is definitely worth a stop (if you can find it open). Considered one of the best santonniers in France—he was awarded a Meilleur Ouvrier de France in 2004 affirming his exceptional artistic talents—his small studio is chock-full of beautifully crafted Santons, a couple of which now grace our crèche at home. I was unable to find the studio open when I was there in June although I saw him around the village on a couple of occasions.
Ansouis is a walking village. Narrow cobbled lanes—called calades in Provence—offer passage to the heart of the village. The two main entrances to the village, by car, are reserved for residents and guests (with keys) who have nerves like steel. (They are very narrow roads—and, as a driver, you have the impression the whole village is watching as you navigate the sharp turns decorated with flowerpots visible only to drivers intimately familiar with the details of their village.) Wear your walking shoes and enjoy the views.

Better yet, make a reservation at La Closserie and stay all night in one of the local bed and breakfasts. Our vacation home was right next to Un Patio en Luberon so we became acquainted with the inn keepers and enjoyed the aromas that wafted up from their kitchen. A tour of the property confirmed that it would be a lovely spot to stay. The vacation home in which I stayed this summer, Maison-des-Voutes, was lovely—if you can stay a week, I highly recommend this home.Ansouis is one of a half dozen of “Les Plus Beaux Villages de France” within a 75-kilometer (45 mile) radius. The others are Gordes, Lourmarin, Ménerbes, Roussillon, and Venasque. All are beautiful. Ansouis is the sleepiest.

How do you pronounce “Ansouis”?  Here are some general guidelines:
“On-swees” if you live in Provence and adhere to the traditional Occitan pronunciation.
“On-swee” if you are Parisian.