The Allied invasion of Provence, code-named Operation Dragoon, got overshadowed by the better-known D-Day invasion in Normandy two months before (June 6, 1944). So much so that it got dubbed “The forgotten D-Day.” Yet 66 years later, Provence is strewn with memorials to the Provence landings. And this August 15, at least one community will devote the whole day to remembering the historic military campaign that freed southern France from occupation. 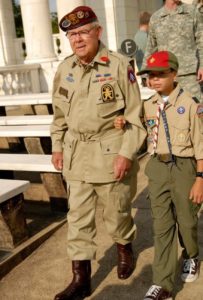 Two hours from our rental apartment in Lourmarin, the Mediterranean port of Sainte-Maxime will hold an all-day event this August 15 commemorating the Provence landings. Plans call for a morning parade of vintage military vehicles and an afternoon march on foot through town. After a parade of boats and a Blessing of the Fleet, there will be a solemn mass followed by musical fireworks and two balls, including a “retro” ball on the town’s market square.

Meanwhile, monuments and plaques commemorating the invasion are scattered across Provence. These include monuments to the Provence landings on the Saint-Tropez beach, and a massive  memorial to the landings in Mont Faron, in Toulon.

American soldiers were buried in the military cemetery in Draguignan. http://tinyurl.com/2g2mpng

Provence offers visitors other grim reminders of World War II. Just outside Aix-en-Provence, about 37 kilometers from Lourmarin, the Memorial National des Milles marks the site of the “Camp des Milles.” Here, more than 10,000 prisoners from 27 countries were interned, including foreign Jews who fled anti-Semitism outside France only to be deported to Auschwitz.  Le Camp des Milles is the only remaining such camp in France and sufficient funds have now been raised to allow the site to be opened to the public as soon as 2011.  Alain Chouraqui, Chairman of the Steering Committee of the project “Mémoire du Camp des Milles,” wrote “The ambition of this project is to strengthen the visitor’s vigilance and sense of responsibility, especially that of young people, given the permanent threats posed by racism, anti-Semitism, fanaticism and totalitarianism.” 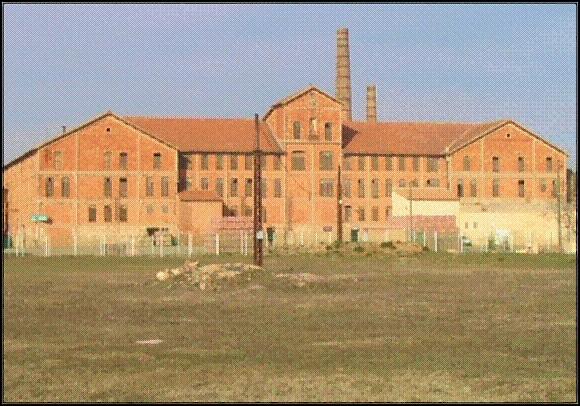 Some two hours from Lourmarin, the Artillery Museum in Draguignan traces the evolution of weapons from their beginnings through World War II. The museum boasts a collection of cannons from 1730 to 1945. http://tinyurl.com/257dmru

The Allied effort to liberate Nazi-occupied Europe was well underway when the US, British and Free French joined forces to free southern France two months after D-Day. Among the French troops were African commandos from French West Africa, French Equatorial Africa, and North African Muslim troops from Morocco, Algeria and Tunisia. 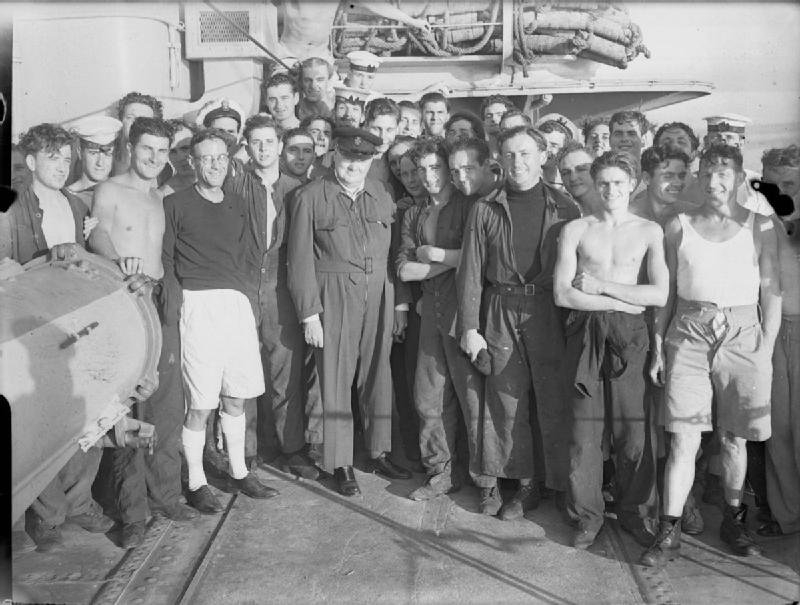 WINSTON CHURCHILL WATCHES THE INVASION OF THE SOUTH OF FRANCE ABOARD HMS KIMBERLEY. Source: Wikimedia Commons

Operation Dragoon involved bombardment from air and sea and a massive amphibious operation focusing on three Mediterranean beaches code-named Alpha (Cavalaire-sur-Mer) to the west, Delta (Saint-Tropez) and Camel (Saint-Raphael) to the east. US and British military planners originally disagreed over the plan, with British Prime Minister Winston Churchill objecting that it would divert much-needed troops from fighting elsewhere in Europe. General Dwight D. Eisenhower, supreme commander of Allied forces in Europe, finally approved the plan in July, when he deemed the Normandy invasion a success. 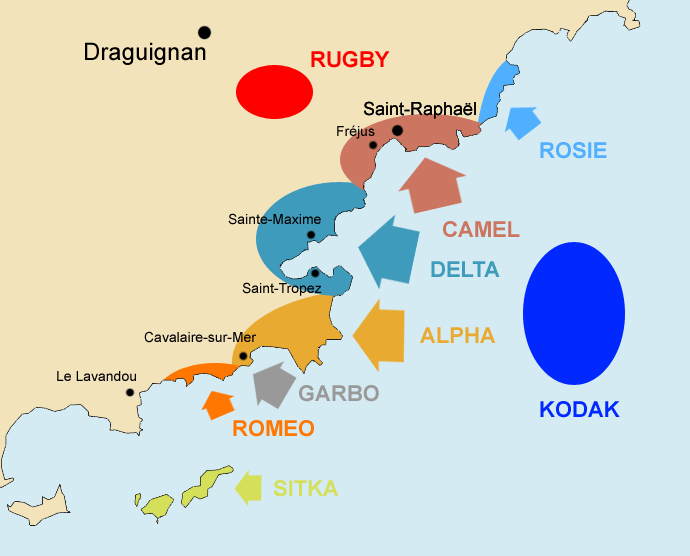 Like the Normandy invasion, a secret message from London, “the chief is starving,” launched the attack. Before the landings, French resistance fighters cleared German forces from the three beaches. Just after midnight on August 15, Allied forces pummeled the Hyeres island batteries. The African soldiers landed and later took Cap Nègre. More troops negotiated a minefield at le Trayas. Coming by sea, Allied troops landed on the three beaches, backed by troops arriving at Sainte-Maxime a few hours later. Meanwhile, Allied paratroopers attacked from the air, landing by parachute in the Le Muy-Le Luc area, with combat gliders bringing reinforcements. By 4 a.m., some 5,000 Allied paratroopers had dropped from Provence skies into the valley of l’Argens; 10,000 paratroopers had landed by the end of the day. 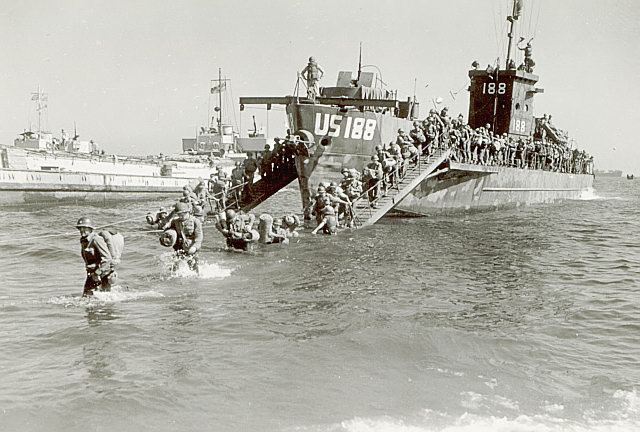 With its forces diverted to the fighting in northern France, the German military was already weakened. The Allies met little opposition and took relatively few casualties in Provence. About 1,000 Allied soldiers died or disappeared of the 100,000 who took part in the landings. The Germans started retreating August 17; Paris was liberated on August 25.