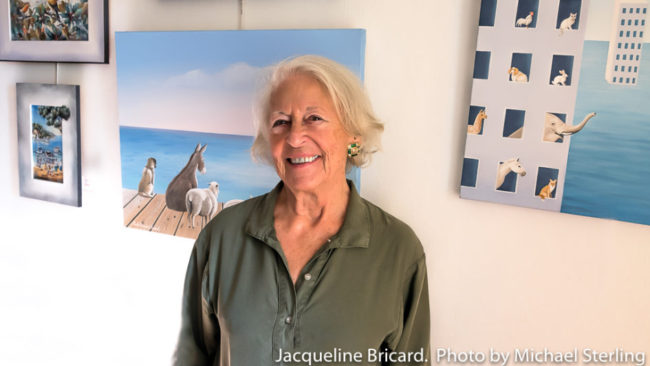 There were just a few paintings still to hang when I left Lourmarin in late September. Before departing—and two days before the opening–I popped by to see Jacqueline Bricard, proprietor of the naïf art gallery bearing her name and curator of the “Regard Naïf Européen” exhibition. She was in the midst of the usual frenzy entailed in the preparations for a large exhibition. 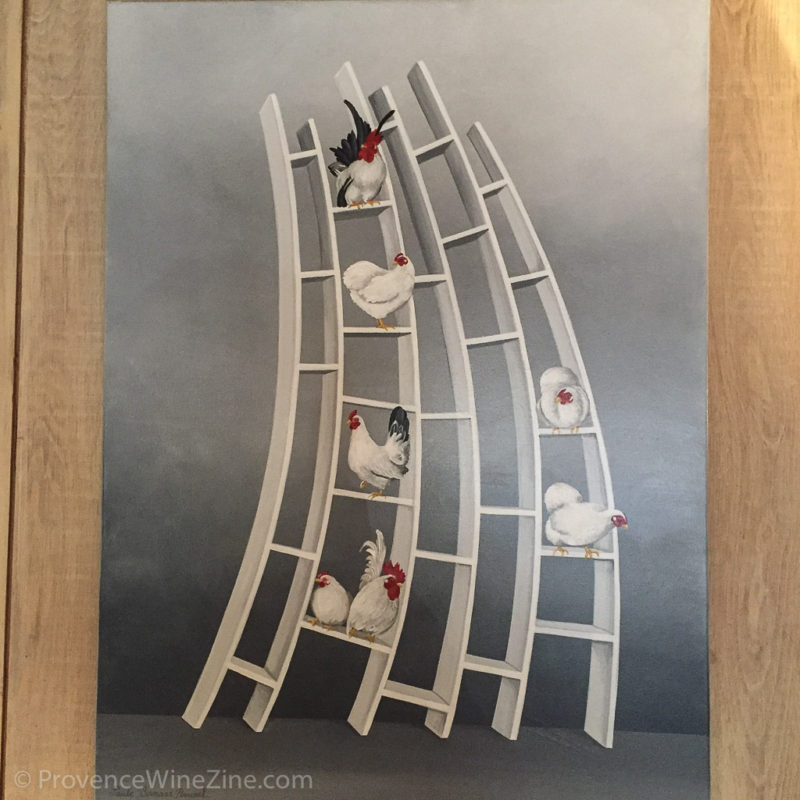 This exhibition includes the works of twenty-eight painters and three sculptors, representing 13 European countries. In total, about 60 paintings and a couple dozen sculptures comprise the show.  The majority of pieces are in the gallery and a dozen or so paintings are in Le Moulin de Lourmarin.

Wringing her hands ever so slightly, Madame Bricard told me that a few of the paintings had not yet arrived, a situation that would send even the most seasoned gallery owner into a panic.  Not Madame Bricard. Her worries notwithstanding, she squeezed my arm and smiled as she said she was sure they would arrive in tomorrow’s mail. I suspect she’s had this happen before—after all, she organized her first naïf art exhibit in 1985 in Marseille. 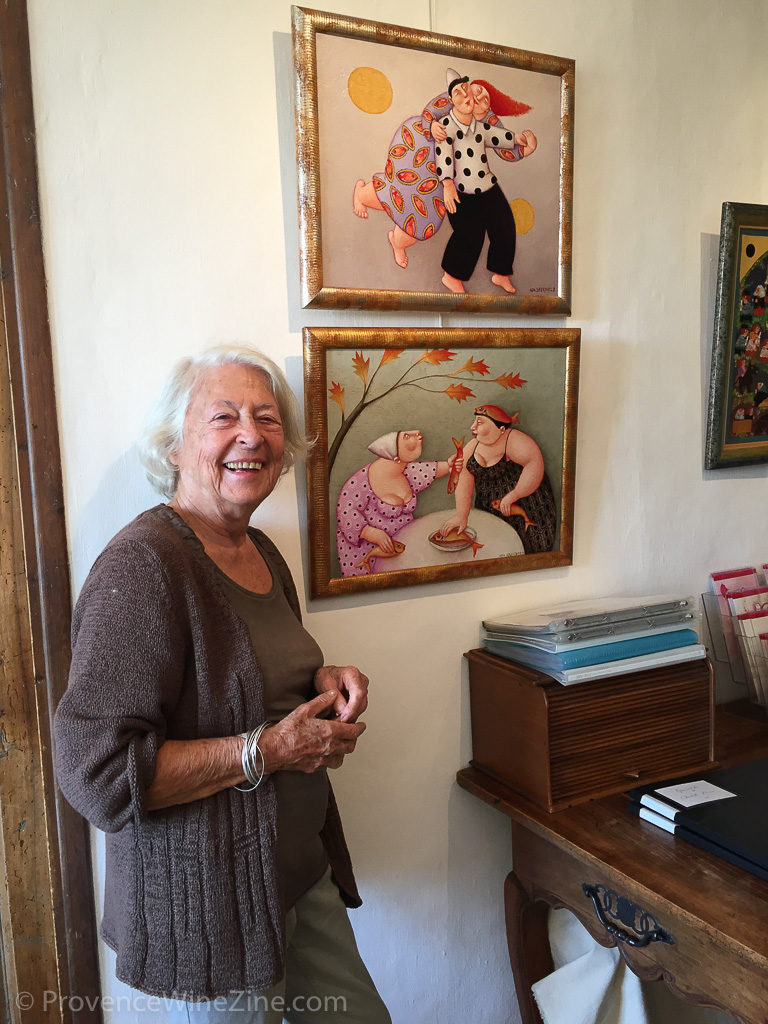 Jacqueline Bricard stands in her gallery with paintings by Ada Breedveld. Photo by Susan Manfull

What is naïf art? Very bright and bold colors, distortions in perspective and size, and a seemingly childlike or simplistic style typifies this genre of art.  The artists tend to be self-taught or at least not academically trained, thus freeing them from any prescribed convention.  The artists are said to take their inspiration from the soul.  Charming and whimsical are words that come to mind to describe the work.

In an earlier conversation, Madame Bricard told me that she was first exposed to this style of art in Brazil, where her father was from and where she spent the formative years of her life. Later, when she and her husband lived in Yugoslavia while he worked with Air France, her interest resurfaced and grew and, well, took off! 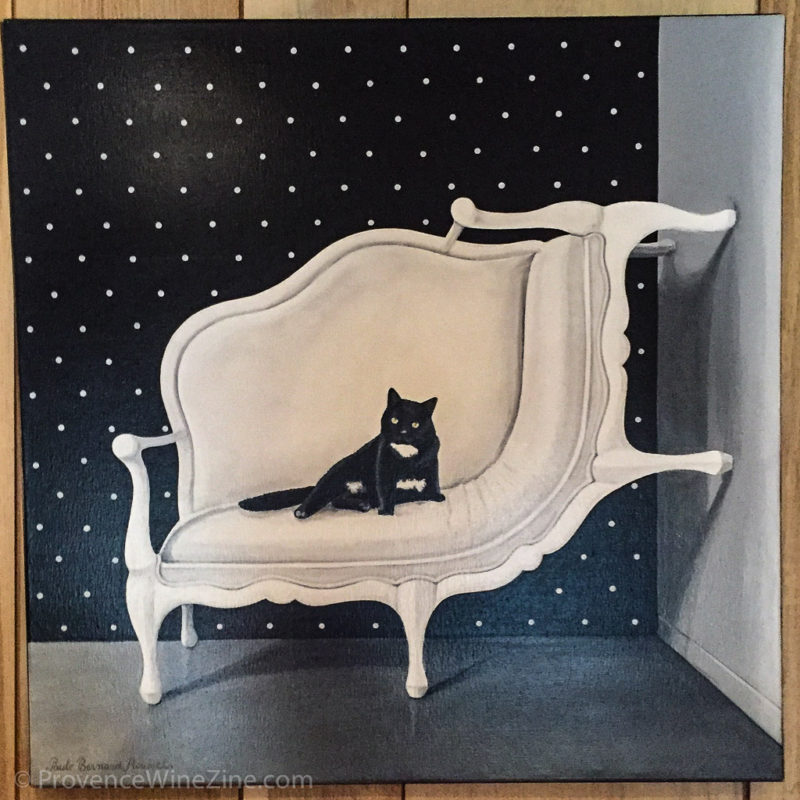 Madame Bricard explained that she is drawn to this art, in part, because the artists “did not know about painting.” She continued, “In the winter, when they couldn’t work on their farms, they painted…and they painted what they knew—their life.”

On the walls of her home in Lourmarin hang some of the first paintings she acquired in Yugoslavia.  They are very simple, even primitive, paintings and pen-and-ink drawings of peasant life in Yugoslavia.  Their simplicity, though, does not deter the strong feelings that they are able to elicit in the observer.  Naïf paintings from Brazil also grace the walls.  Not surprisingly, that first naïf art exhibit in Marseille (mentioned above) featured much of this work. 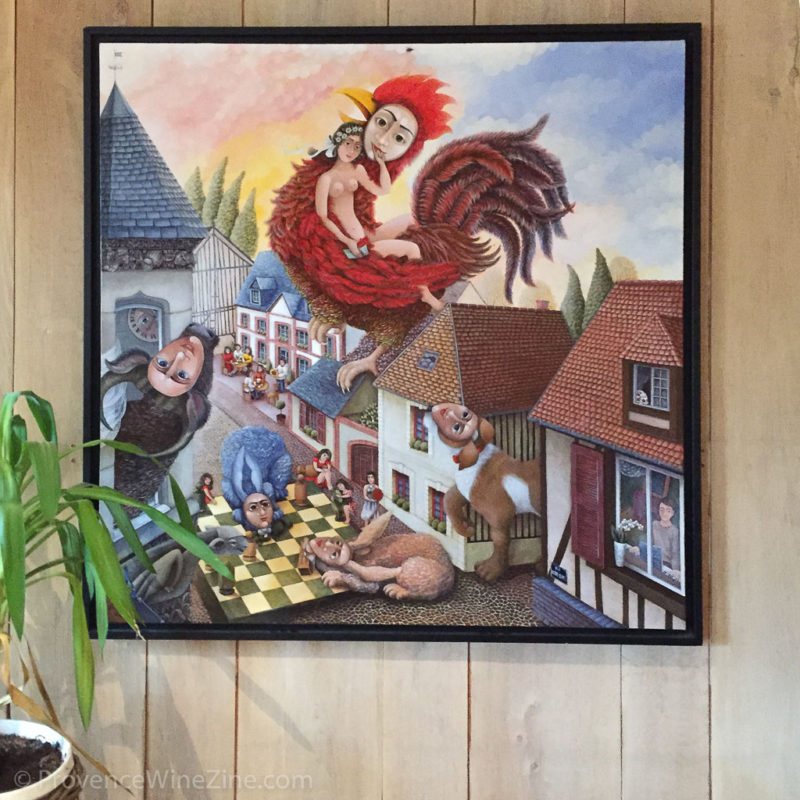 Madame Bricard opened Galerie Jacqueline Bricard on Place de l’Eglise in Lourmarin about 25 years ago.  Today, she is a fixture in the community.  Widely known in the village, she is described by those who know her as lovely, patrician, kind, radiant, extraordinary, and a force to be reckoned with when preparing for an exhibition.

I had the pleasure of seeing two of her earlier major exhibitions, both of which I wrote about in The Modern Trobador in 2011 and 2012. The 2011 exhibition included 300 paintings, representing the work of 65 artists from 17 different countries, displayed in her gallery and around Lourmarin. Ensuring a successful exhibition required an amazing force of will—and a lot of shoe leather! It was a smashing success. 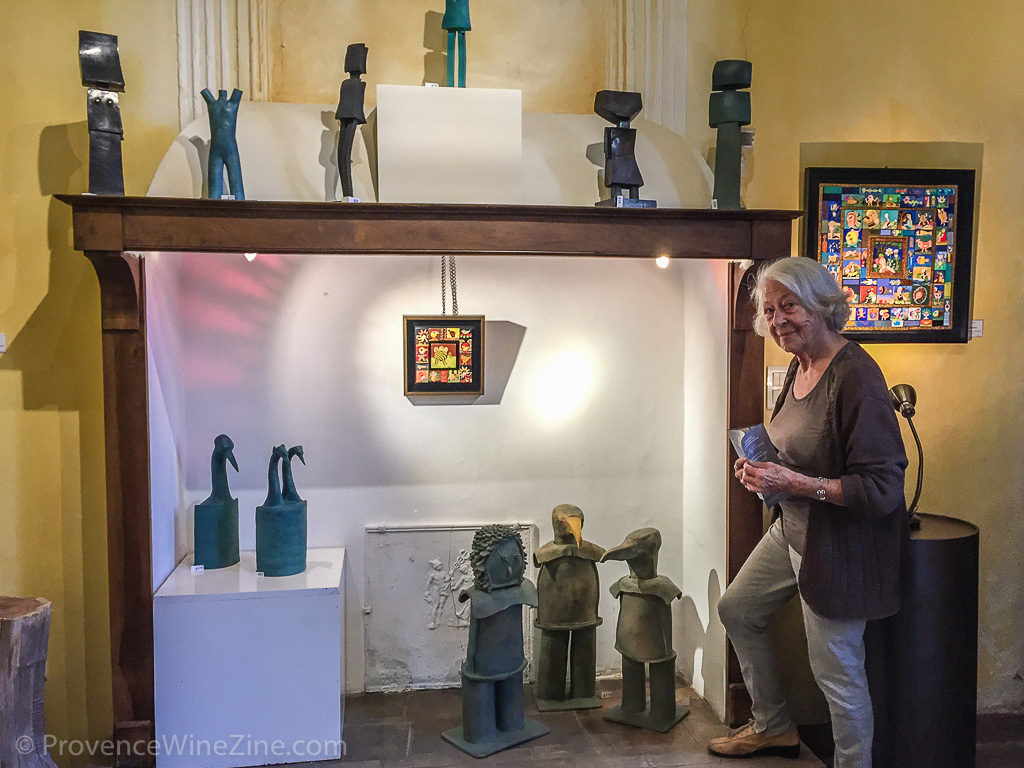 Jacqueline Bricard stands in her gallery with sculptures from the current exhibition. Photo by Susan Manfull

The current exhibition opened on 29 September and will now run through the December holidays.  As mentioned above, there are twenty-eight painters and three sculptors, representing 13 European countries. The works are on display in Galerie Jacqueline Bricard and in Le Hotel du Moulin, both in Lourmarin.

Madame Bricard said she is very pleased with the show.  “It’s going very well,” she said in a telephone interview. “We’ve had lots of people come through and have already sold a few paintings.”

The exhibition is held in conjunction with “Lourmarin des Arts,” a cultural arts extravaganza encompassing the whole village during the month of October. In its second year, “Lourmarin des Arts” is an impressive undertaking for any city but for a village with a population just over 1000 people, it is an exceptionally remarkable undertaking. 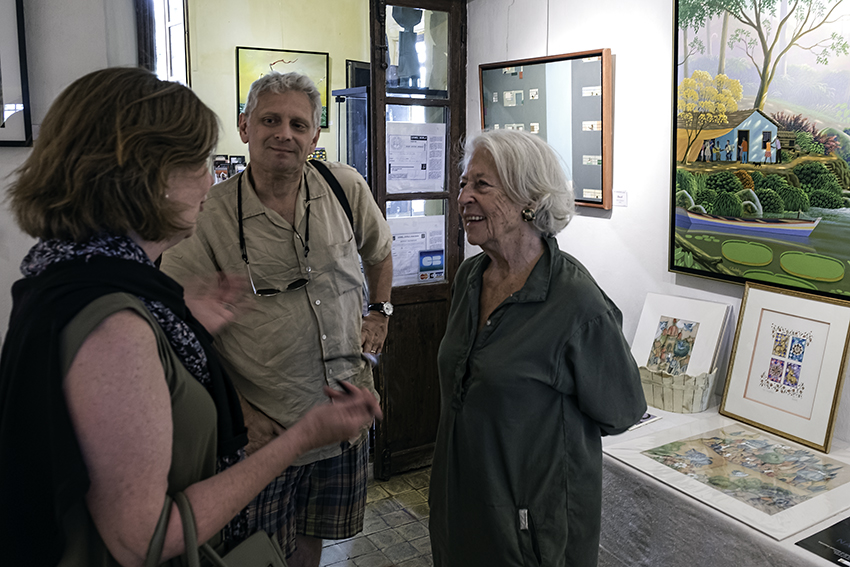