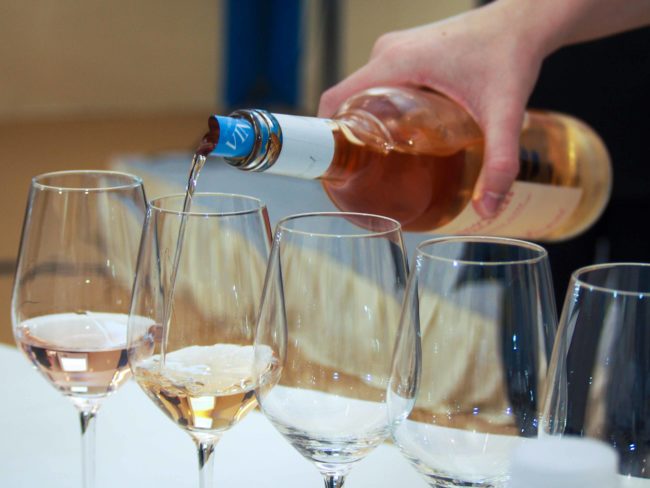 I guess I am beginning to become a little numb when considering all the wine competitions held around the globe each year. Could there be 100, or closer to 1,000? Let’s just say that there are so many that when I enter a tasting room and see a slew of certificates, ribbons, trophies, etc., I totally ignore them. Surely the vineyard is proud of these accolades, or they wouldn’t be displayed. But what do they really tell me? Not all that much. I will know in short order, after I start tasting, what my opinion is about what they are doing. 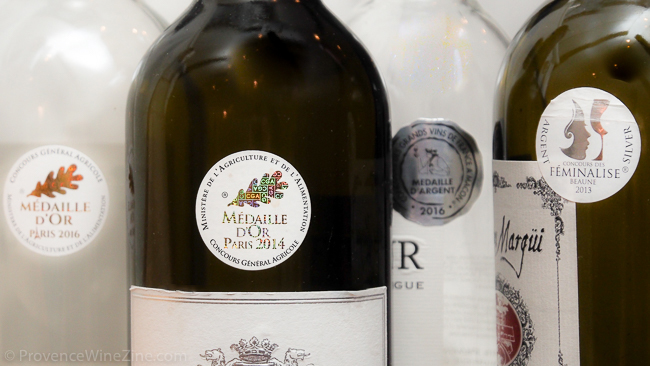 Presumably it is a significant marketing assist for the winners, and that may be reason enough for their participation in these competitions. In France there is usually a decal added to the wine when they win at a competition, and it’s impossible not to notice it when you pick up the bottle to examine more closely. Hmmm. Gold Medal in Paris. Silver in Macon. Bronze at the Concours Mondial des Vins Féminalise (yes, only women judges). Australia has been affixing them for decades. Up to now we, in the U.S., have not followed along with the labeling practice, possibly something to do with TTB (Alcohol and Tobacco Tax and Trade Bureau) restrictions. But that has not stopped us from getting some judges together and having a go at qualifying wine for the buying public’s edification. State fairs, wine-focused publications, newspapers (San Francisco Chronicle, in particular) have been at it for some time. And just the other day I learned that individuals can get one up and going as well. Thus I come to the title of this piece.

I did not know of Bob Ecker prior to reading an item he wrote in the Napa Valley Register (April 13,  2017) reviewing the 2017 Rosé Today wine competition held March 22, 2017 at Soda Rock Winery in Healdsburg. Fascinatingly, I learned that he is the self-professed pioneer in bringing forth attention to what he terms a “new” style of rosé. This is contrasted with “sweet, cheap after-thought rosé wines of the past…” Thus he grabbed the reins in 2013 and boldly launched what he described as the first rosé competition in America, conducting it at the Meritage Resort in Napa.

OMG! This is the stuff legends are made of, and yes, it’s happening right here in America. No wonder he gained entries for this year’s competition from twelve U.S. states and nine foreign countries, 239 wines in all, topping the total of any previous year. And as there is no universal codified, sanctioned definition of what constitutes a rosé Bob created his own. Here it is:

If the bottle says the word “rosé” anywhere on the front or back, in any language, then it qualifies for the competition. If it says white zinfandel, for instance, but no rosé – well, sorry but it is not eligible. I feel that producers should be proud of their rosé and state it clearly. A few entries had to be disqualified. (sic)

All I could think of when reading this qualifier for competing was “Sorry, Charlie” from the classic StarKist Tuna commercials, and how winemakers in Tavel must wonder about our understanding of their rosé. With them it was never “let’s make some of the pink stuff along with red and white this year.” Rosé is all they make, all they have ever made. And, in 1936, when the Appellation d’Origine Contrôlée (AOC) standards were introduced into France, Tavel received certification, and remains the only appellation exclusively making rosé.  Historical records indicate it was the favored wine cellared in the Papal Palace in Avignon. For many admirers today, it still carries the sobriquet “Rosé of the Kings,” as it was favored by French kings Philippe le Brel (1268-1314) and Louis XIV (1638-1715).  The majority of producers there do not include the word rosé on their label. Tavel is rosé, period. Adding it is redundant. Does 3M write adhesive on a Scotch Tape box? Well, maybe they do, but you know what I’m getting at.

OK, so I’m starting to vent, when I just want to get back to how casual I perceive this whole competition to be. Looking at the list of awards dispersed at the 2017 Rosé Today wine competition, I noted some very fine producers who walked away with a prize. Then again, the nine judges selected by Mr. Ecker, who he proclaimed were tough graders, pinned a badge of double gold, gold, silver or bronze on 187 of the 239 entries. That’s almost 80% of the wines tasted. I am not clear if the judges were stressed all that much, or just generally enjoying a lot of the newfangled rosé Ecker refers to. If the latter, then I genuinely envy them. I can dig it, even though I’m on the right coast. Where do I put my name in for next year?