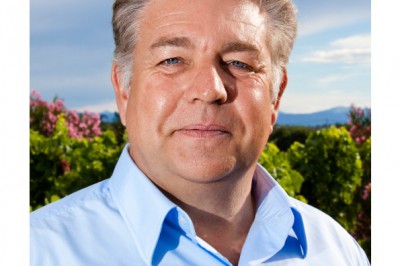 Although he may not be known to readers of Provence WineZine, Eric Pastorino, elected president of the Côte de Provence Wine Syndicate in July, is a pretty familiar face on the Provence wine scene. For the last fifteen years, this 52-year-old winemaker has been President of the wine cooperative in Gonferon, which boasts 150 winegrowers as members with 85% of their production classed AOP Côtes de Provence. He has also been Secretary General of Cooperatives in the Department of the Var and, for the past two years, has sported the hat of President of the Provence/Corsica Committee of the INAO (national organization charged with regulating AOPs). He has long been a militant supporter of his region’s cooperative system which he sees as a mainstay of its loyal wine consumers and the local economy as well as a uniting force among the wine growing community.

Now it appears that he will be equally hawkish in his new magisterial role. Two days after his election, Eric Pastorino already warned that their rosy prospects and fine financial fettle should not blind the Côte de Provence vintners to the slippery slopes that could lie ahead. With the rapidly increasing demand for rosé worldwide, he specifically cited the need to be vigilant in maintaining both the quality and regional identity of the wine and, at the same time, keep pace with an expanding market in order to protect its treasured market share from would-be usurpers. In addition, he explained that “[a constrained supply] can eventually lead to an increase in price that would be unreasonably harmful to growers of Côte de Provence.”

This year, he will be petitioning the INAO for an increase in allowable wine yields per hectare of vines, noting that this is the first time in a decade that this request has been made. The syndicate also wants to introduce additional parcels of land in 84 communities into the Cotes de Provence AOP. (Perhaps his INOP regional presidential cap will help!) But will this be sufficient to stem the world’s soif for the rosés of Provence? On verra!