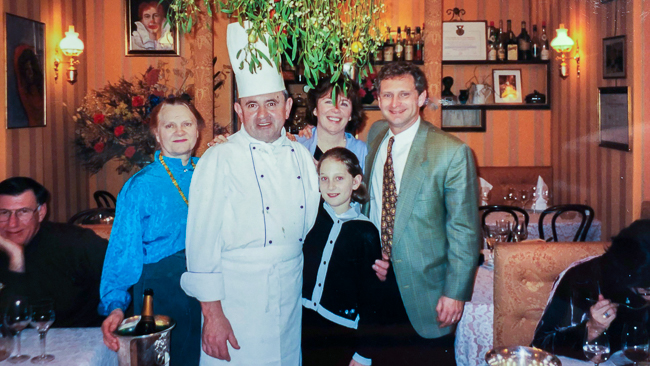 If ever I wanted a wine to transport me, as a good wine can do, it was this past New Year’s Eve.  By the time 2021 was mercifully drawing to a close – amidst sky-rocketing COVID rates, fires burning more than 500 homes in Boulder, Colorado, record snowfall in California, record heat in parts of France, unprecedented threats to democracy in the US, and more deaths in our family – we were downright desperate for a New Year.

Never having been drawn to big fêtes on New Year’s Eve, I thought our self-imposed (pandemic-related) confinement would let us would ring in the New Year just fine.  A quiet dinner at home would give us plenty of time to reflect on the past year and contemplate the coming one. But, as we sat down to our dinner, I realized I was too exhausted by the last year to reflect on it and, in my personal life, I found myself utterly without imagination to envision the New Year. 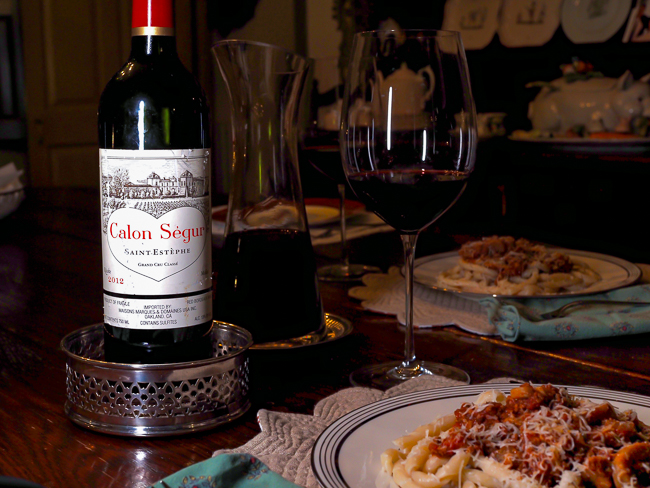 Dinner was comfort food.  Spaghetti topped with our variation of my grandmother’s sauce – a family favorite, defined by its whole plum tomatoes simmered with ground pork, lots of mushrooms, plenty of chopped pungent rosemary, a dash of wine – and topped with a heap of freshly grated Parmigiano Reggiano.  It was as familiar as my grandparents’ heavy, round oak table that I sat around for so many years or my grandmother’s excited voice from the kitchen or my grandfather’s pop of the cork he lifted from the evening’s wine.

We relied on the wine to add style and sophistication.  An iconic red Bordeaux wine from Château Calon-Ségur (2012) in Saint-Estèphe, it quite naturally took command of the evening.  A dense ruby red color enticed us while earthiness, dark red fruit, and notes of tobacco wafted from our glasses. Its full body, fine structure, silky tannins and long finish brought smiles to our faces.

As I sipped this luscious wine, it transported me to a New Year’s Eve, twenty years ago, in a Paris restaurant. Alex was nine years old, and we were in France to make plans for a sojourn to start eight months later in Provence. We had just arrived in Paris from Boston and would stay for a few days before taking the TGV to Marseille. We could hardly wait for 2002 to unfold; 2001 had not been a good year either (for vastly different reasons) but, unlike the end of 2021, we had plans for the New Year.  We had a vision.  Our imaginations had run wild. Life seemed to stretch out forever. 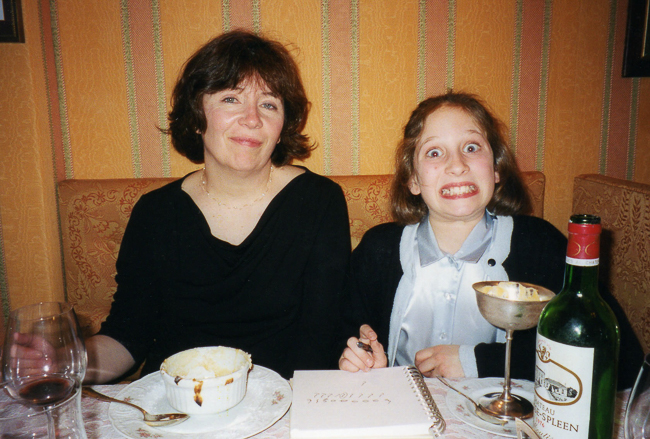 The restaurant was Chez Gramond, operated by Jean-Claude and Jeannine Gramond since 1967. Located at 5 rue de Fleurus in the 6th arrondissement, the neighborhood was once the home of Gertrude Stein and her brother Leo and, later, François Mitterand before he became the president of France. (He was a frequent customer.) In a 1998 International Herald Tribune article, Patricia Wells wrote, “The bourgeoisie of the neighborhood, including august members of the Academie Française, politicians, bishops from Rome, United Nations leaders and editors from the many publishing houses within a stone’s throw of the Luxembourg made this their cantine.”

Chez Gramond was one of the few remaining restaurants in France that offered classic French cuisine like civet de lièvre à la Française, which I mention because it is what Towny ordered.  Roughly translated, it refers to a “stew of wild hare.” It is a dish that would be hard to find on any menu in the US as it involves several stages of slow cooking a hare with wine, bacon, mushrooms, and onions and, just before serving, adding an ample amount of hare’s blood mixed with red wine vinegar.

Upon entering, one immediately felt that the eve of 2002 would not arrive any time soon. It was the wallpaper that was most reminiscent of bygone era: thick with stripes of satin, it easily revealed its age of at least 30 years. White lace tablecloths covered the small tables that, together, would seat no more than two dozen diners. We were there for the first seating and already the hum of conversation was palpable, and the excitement was contagious. We were greeted by Madame Gramond who showed us to our table. Later, Chef Gramond came by each table to hear how we liked the food and to wish us a Happy New Year.

Aside from the famous Soufflé au Grand Marnier (which had to be ordered upon arrival), I no longer remember what Alex and I had for dinner than night. But I do remember the wine.   Like our wine on this New Year’s Eve, it was a Bordeaux. (This was a period prior to my love affair with wines from the South of France – it seems a lifetime ago.)  It was a 1976 Château Chasse-Spleen. It was perhaps more elixir than wine, as the evening seemed magical.

On a rainy night in Portsmouth, New Hampshire, the last night of a remarkably awful year, our lovely Château Calon-Ségur from Bordeaux transported us back to another time when we had selected a wine from the Left Bank of Bordeaux. It was a time when confidence in a future that seemed to stretch out forever was easy for us. This year, even a modicum of confidence in 2022 takes work and imagination for me. But, with my spirit renewed by reflection (and an old Bordeaux), I slammed the door on 2021 and am contemplating 2022 with a vengeance.

Happy New Year!  May it be happy, healthy, and filled with good wine.