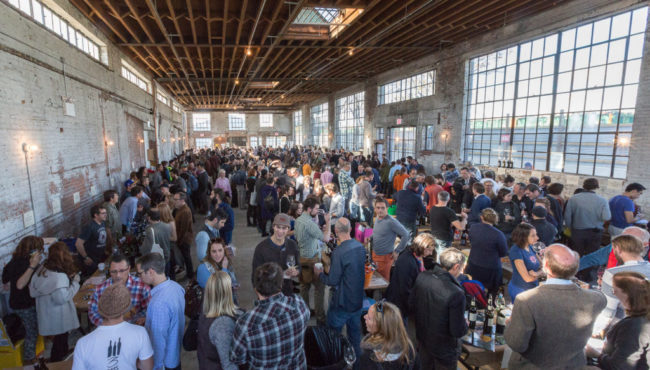 The name of wine personage Isabelle Legeron may not resonate with you. For her numerous admirers she is “That Crazy French Woman.” She is the first woman of that nation to be accredited with a Master of Wine diploma, of which there are less than 400 in the world wine trade. Impassioned by naturally produced wines she has set her sites on bringing recognition to the relatively small population of artisanal wine properties in the world. Given the rigorous vineyard management and cellar treatment required in meeting exacting natural wine making expectations (blending organic with bio/dynamic guidelines), historically very little attention has been given to this infinitesimally small segment of the industry. But enthusiasts have long believed that not only is natural wine better for us, and the planet, but also that it tastes better.

In London in 2012, Isabelle launched an annual wine fair, taking great care to only showcase truly artisanal wines. In 2014 she augmented her passion with a book on the subject, entitled Natural Wine, an Introduction to Organic and Biodynamic Wines Made Naturally. Given the positive initial reaction in London, a follow-on event was created for Berlin (November 27, 2016) and last week, on November 6 and 7, the Raw Wine Fair crossed the Atlantic to Brooklyn, New York for its first American appearance. The Raw WineFair catalog is impressive for its first event here. The wines of thirteen nations were disbursed among 119 stands. Domaine Milan in St. Remy de Provence was the sole natural wine producer from that region of France present, showing five table wines and one sparkler. 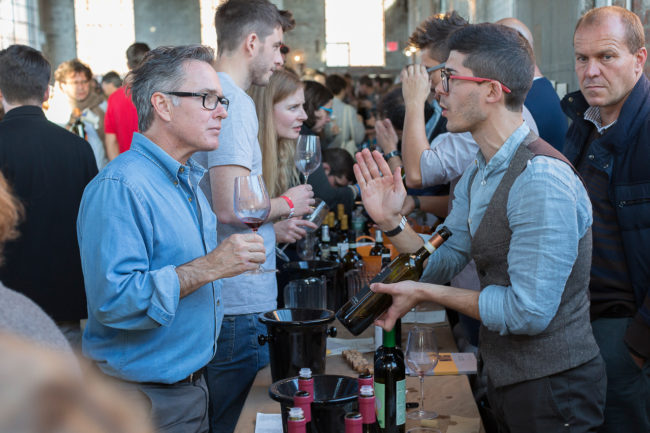 At the Raw Wine Fair in Brooklyn. Photo by Tom Moggach

Okay, I was square, as I was not there. But when I learned of it the evening of November 6, I rebounded quickly and asked my Manhattan resident daughter to get over to the Bushwick section of Brooklyn the following day and check it out for me. She slipped in for a hour before it closed and called to say the hall was packed. When I queried her on the make-up of the crowd she said it was definitely skewed toward millennials and Gen Xers. The big buck wine occasions are in Manhattan, as evidenced by the gala events of Wine Spectator and others; but natural wines are about the purists. Fifty bucks for eight hours of organic wine, and some fascinatingly titled presentations in an adjoining hall by the likes of Alice Feiring (e.g., “The Impact of Dirt – Its Power, Meaning and Hell-Yeah Minerality”) had me aching to drop everything and make the 140 mile trek from home. I regret not learning of this event in time to participate, not just because of what was happening during the day at the main venues, but also the evening events in Brooklyn and Manhattan boites that gave one the chance for further dialog with winemakers. I do have a slight reaction to how this fair is named. Raw wine for me infers something unfinished. When I think of the term “raw” in food, I conjure up images of clams and oysters as, after all, they are still alive when served. Of course, in France raw beef (steak tartare) is everywhere. I suspect more is served in Paris dining spots in a week than in all American restaurants in a year. So I won’t get hung up on the use of raw in artisanal wine marketing, and write it off to just another cultural difference. Hoping, nay expecting, Isabelle will be back in 2017, there is no way I will not be there, if for no other reason than to soak up all the raw energy natural wines are bringing to the wine scene. 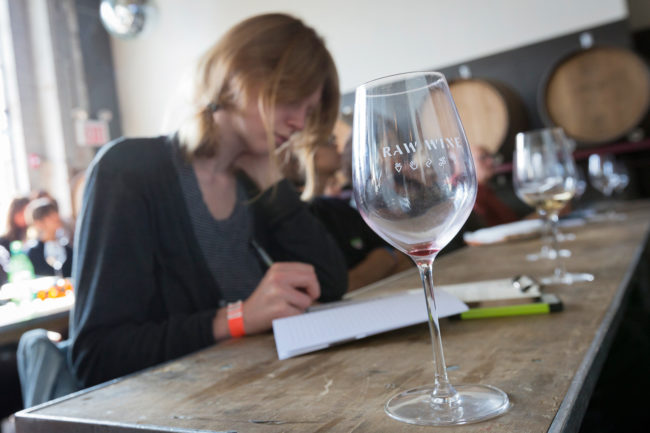 Studying during a talk at RAW WINE, Brooklyn 2016.  Photo by Tom Moggach

For more information about Raw Wine and the Raw Wine Fair, visit their website: http://www.rawwine.com/