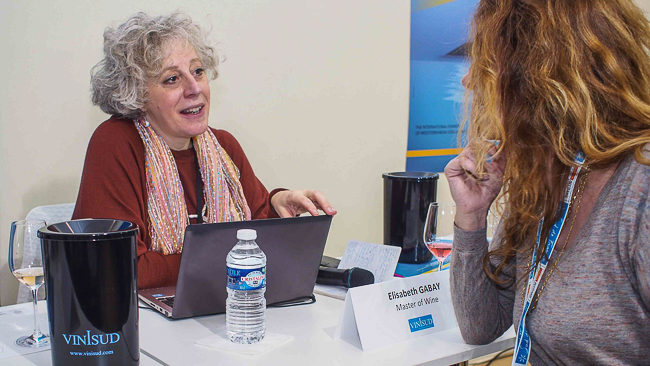 Alexis Lichine famously said, “If you want to learn about wine, buy a corkscrew and use it.” Elizabeth Gabay MW, being a fixture in the Provence rosé scene for well over a decade, has opened many bottles of pink wine since moving from the United Kingdom to the southeastern corner of France—just not at the same pace she did recently.   As part of her research for her debut book, Rosé:  Understanding the Pink Wine Revolution, Gabay sometimes opened as many as 10 bottles a day, reaching a total of at least 1500 bottles during the six-month period prior to completing her book. Even the Pope of Wine, as Lichine was widely known, probably did not envision using the corkscrew that much.

“The postman was really concerned,” Gabay chuckled as she told me, “He went to the neighbor’s home and said ‘I’m really worried about her because I keep delivering bottles.  I hope it’s all okay.’  I reassured him, ‘It’s okay, it’s okay…don’t panic,’” she said to him.

Gabay entered the wine trade in the U.K. about thirty years ago.  In 1998, with one child in tow and another on the way, she was inducted into the esteemed Institute of Masters of Wine—an achievement only 369 people in the world can claim today.  She promptly took a ten-year break from the world of wine during which time she and her family, looking for a bit of an adventure, moved to the south of France.  They made their home in St Martin Vésubie, a tiny village just north of Nice and a smidgen north of Provence proper. A few years after their arrival in 2002, Gabay began the task of re-entering the field of wine in her new environs, not easy endeavor, she told me, being “an English woman breaking into an obviously male-dominated market.” 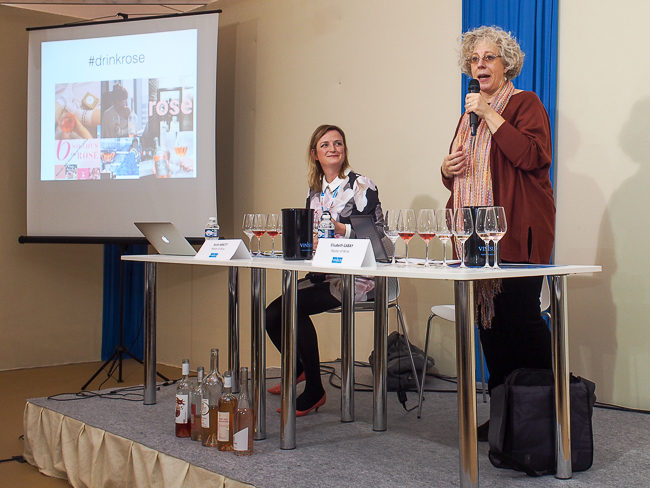 Clearly, Gabay prevailed as, today, she lives and breathes rosé in Provence and in many other countries around the world. She has written and lectured extensively about rosé—I recently had the pleasure of taking a Masterclass from her in Montpellier at Vinisud—and she is the president of the jury for the International Rosé Championship as well as a regular judge at Decanter’s annual World Wine Awards and The Drinks Business Rosé Masters, to mention just a few of her activities. Gabay is a contributing writer for Provence WineZine, too.

Gabay said that she was prompted to write her book, which she completed in September, because she felt that “a large number of the rosés that are fueling the publicity for rosé are really not terribly exciting.  You see all the swimming pool rosés, the flavored rosés…. [T]here are some rosés that are absolutely outstanding but they are getting dragged down by the overall negative 20-year-olds-by-the-pool [images]. I felt there should be something more than that.”

Gabay likens the situation with rosé wine to an erupting volcano:  “For the past 30 years we have had smoke and rubble in the form of generic cheap rosé, but now the smoke is beginning to clear and we can see an island forming in the shape of a new, serious wine category with complexity and challenges.” 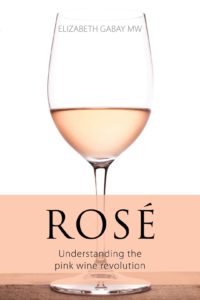 Rosé:  Understanding the Pink Wine Revolution, according to Gabay, is about defining rosé, a task that’s more complicated than it may sound and includes highlighting the regions where it is produced, identifying the grape varieties, explaining vinification, and moving it from “just being a pink wine commodity into a serious wine. The book begins with a chapter entitled “The History of Rosé Making” and concludes with “The Business of Rosé Making”. It is not a consumer guide; it is a book one reads as opposed to using it as a guide book.

“I am hoping the book will provoke conversation,” Gabay told me. Just talking about the book inspired a lot of conversation between Gabay and me and later with others who enjoy rosé as much as I do.  Some of the subjects we covered, all addressed to some degree in the book, are highlighted below.

“We tasted as many as ten rosés a day.  The biggest problem was what to do with the leftovers.”
–Elizabeth Gabay MW

Tasting rosés from the above countries was a revelatory process even for a veteran like Gabay. “I really hadn’t bargained for the amount of exciting rosé that I discovered around the world.  I just did not expect it and if I didn’t expect it—and I talk a lot about rose—what does everyone else feel?”

“Exciting rosé, what I feel is exciting rosé, is actually quite difficult to sell because I just don’t think many people anticipate tasting a rosé with complexity.  That’s a major, major problem,” Gabay espoused. “I thought that as soon as people taste a complex rosé, people would say ‘wow, this is amazing.’”

“There are lots of critics who say ‘Oh, rosé is boring. It doesn’t have any character or complexity,’” Gabay continued.  “And, then, you show them one with complexity and they say ’yeah, but it’s not fresh and fruity.”

The aforementioned issue is a complicated one.  Consumers, critics, retailers, sommeliers, and producers all could benefit from stepping out of the familiar box.  But, will they? In other words, will the market support such a move? More broadly speaking, will the explosive growth of popularity of rosés continue to grow? From the producers’ vantage point, is it worth their while to use their best grapes and put immense effort into making rosé if they cannot get a return on investment? 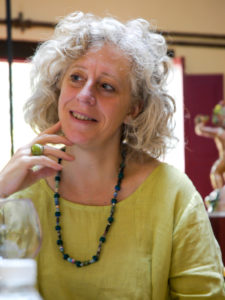 Economic issues framed other very interesting subjects that surfaced (and about which I am still talking).  Gabay is emphatic that the public must be educated about the value of aged rosés and, even more simply, that good rosés will age.  People must abandon the long-standing belief that the latest vintage is always best (which, was based, in the past at least, on an underlying assumption with some truth that most rosés were not crafted well enough to last beyond the year). Understanding that most rosés will not only last beyond the year—and, in many cases, will evolve over many more years—will benefit producers and retailers alike, and consumers, ultimately, will be able to enjoy the alluring pleasures of rosés de garde.

In her book, Gabay told me, she discusses the need for a new vocabulary for rosés de garde. In my opinion, this is a very important point that has gone under the radar in articles that sing the praises of aged rosé (including my own articles on the subject).  Those of us who drink rosé that’s seen the cellar for a few years (and more) aren’t looking for fresh strawberries and marshmallows; rather, we are racking our brains for descriptions of what we are tasting like “cooked peach” and “caramelized pear” to describe our experience.  A list of vocabulary words would be very helpful for consumers introduced to aged rosés. 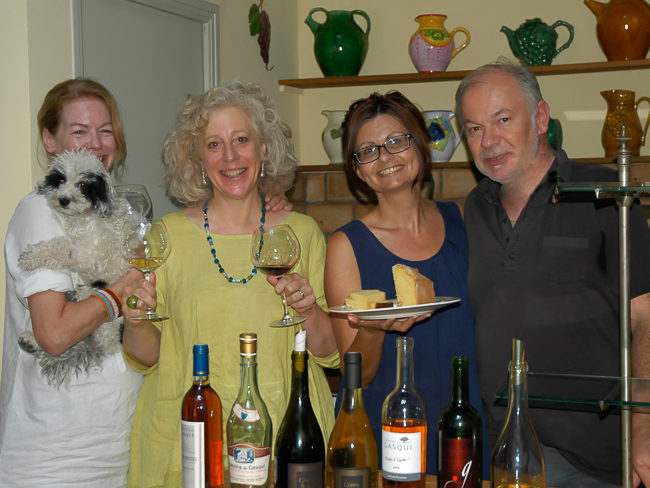 Elizabeth Gabay at Chateau Gasqui with Francois Miglio and his wife. Photo by Susan Manfull

Color is not a guide for quality or style. Gabay said that, although she is keenly aware that color does not foretell either, the diversity of colors displayed in the rosés she tasted disconfirmed that idea over and over.  With the possible exception that a darker rosé will have more fruit, dark does not necessarily equal heavy and light does not necessarily mean dry.

The question of how to define what makes a good rosé also surfaced as Gabay (and various supporting tasters) forged through the hundreds of rosés from dozens of countries (and countless regions).  “There is no one style that is a guide for what is good,” Gabay said.

“Provence was my first port of call and my point of reference,” Gabay explained but, clearly there is great diversity in rosé styles across the globe. In some cases, even the winemakers were not able to define the rosés of their own region, having never really thought about the question. In a few cases, Gabay had to assemble panels of winemakers (and the like) from the region (e.g., in Romania) to “taste a ton of rosés [from their own region] in order to describe the regional wine.” Alternatively, Gabay tasted as many wines as possible from a region to use that [qualitative data] to create what that region’s rosés should taste like.

Not surprisingly, there were also grape varieties with which Gabay was not intimately familiar. Fetească Neagră anyone? In order to evaluate rosés made with grapes she didn’t typically taste, she had to familiarize herself with the grapes and develop her own understanding of the typical rosé made with that grape variety. 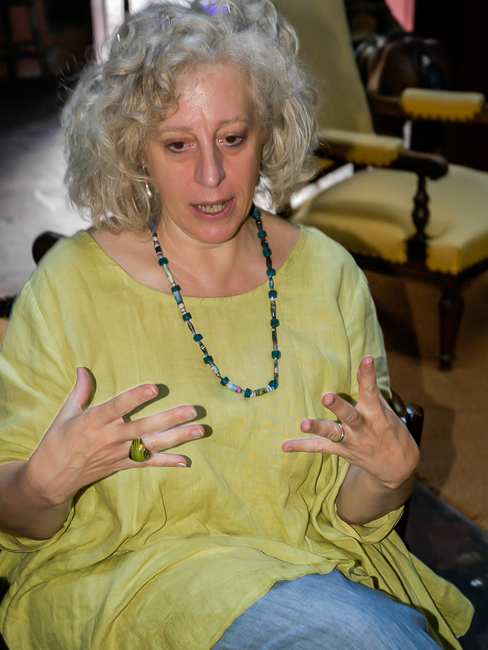 Finally, Gabay pointed out that she had to familiarize her palette with some of the more unusual styles and tastes of the rosés she sampled.  “I [sometimes] had to learn to adapt mentally in order to appreciate a particular style. In order to do this, she grouped wines together that shared a particular style and/or variety of grape and tasted them and then came back and then back again. “It was a big mental shift,” she summed up.

In our conversation, Provence’s status as the world’s gold standard for rosé came up.  I asked Gabay whether she thought Provence would retain that position.

“Provence rosé is about being pale and dry,” she said, adding that there are many different styles, even in Provence as reflected in the differences among the terroir designations (aka sub-appellations). “To stay at the forefront, Provence needs to acknowledge that their style is one of several,” she continued. “Diversity will help quality.”

“Will rosé ever be elevated to the same status as red and white wines?” I asked Gabay. Her response got me thinking and was the subject of several later dinner conversations:  Maybe the three (possibly four) colors are an old fashioned way of thinking about divisions within the broad category of wine. 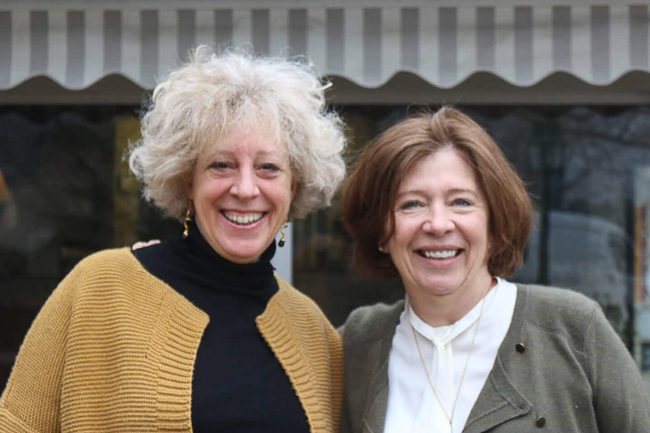 If one of Gabay’s goals really is to provoke conversation, she will certainly succeed. Gabay has a depth and breadth of knowledge about rosé shared by few others and an expert palette to accompany her knowledge. I definitely look forward to adding this resource to my library—only a couple more weeks to wait!

Gabay has not put her corkscrew away.  She just returned home from Poland where she (naturally) tasted some rosé:  twelve Polish rosés from the country’s inchoate rosé industry consisting of vineyards as small in size as one hectare. As chairperson for the International Rosé Competition, she was in Poland to present awards for the top ten rosés from that competition.  Bandol is next on her itinerary.

As for future books, Languedoc has her eye and an earlier project on the history of punch may move off the back burner.  In the meantime, she continues to taste rosés from Provence and around the world and, when the book is fully launched, will devote more time to an online “magazine” she intends to create to share the latest news of rosés.  We hope to see more of her commentary in Provence WineZine, too!

Rosé: Understanding the Pink Wine Revolution published by the Classic Wine Library (Infinite Ideas), will be released in mid-December in the U.K. and in the U.S.  It will be available for purchase through the publisher, Gabay’s website www.Pink.Wine (about her book), and on Amazon.