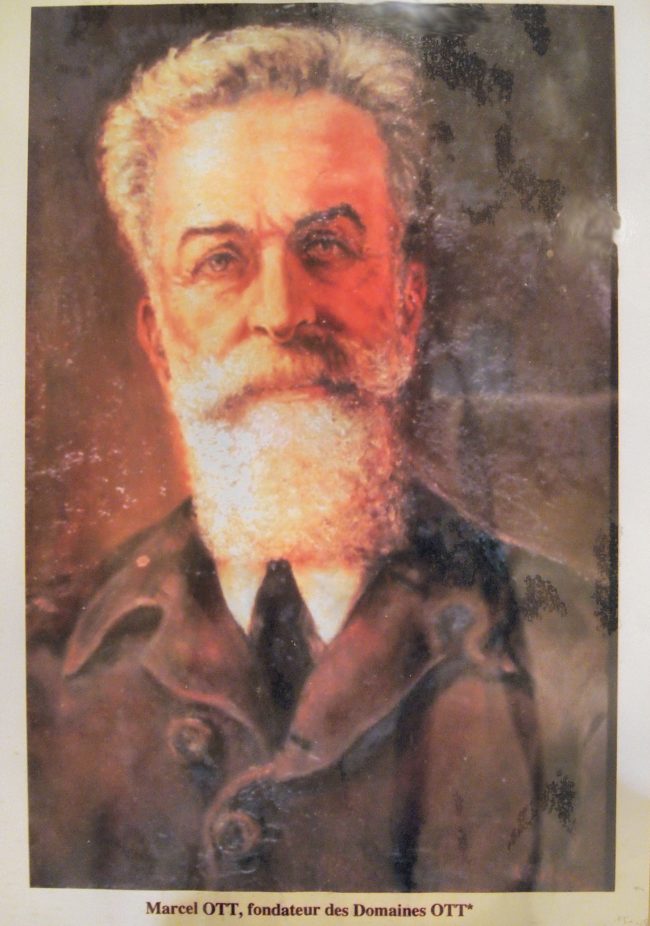 When I read the news earlier this month about the continued dramatic growth of exports of Provence rosé to the United States, I couldn’t help but think of Marcel Ott, the brilliant founder of Domaines Ott*.

The widely circulated news – lest you have been locked in your wine cellar – is that Provence rosé exports to the US increased 20% on volume and 26% on value from May 2013 to May 2014 (based on data from the French customs agency).

Château d’Esclans, one of the relatively recent producers of premium Provence rosés and one of the top rosé exporters to the US, was recently included in Beverage Dynamics’ list of “2014 Growth Brands.” As a “rising star brand,” they exhibited significant growth over the last few years–51.5% over one year (2012-2013). Their four rosés range from $22 to $95 per bottle.

This impressive increase is just the most recent part of a remarkable 10-year trend of double-digit export growth in the US market.   In the previous two years, for example, the volume of Provence rosé exports to the US increased by a striking 41% in 2012 and 40% in 2013, according to the Conseil Interprofessionnel des Vins de Provence (CIVP, referred to as the Provence Wine Council in the US). In terms of cases, in 2013, the US imported 4 million cases of Provence rosé, a whopping 25 times more cases than in 2003, according to an article in Food and Wine (August 2014).

Provence rosé is hot in the US and around the world.  In its native France, where wine consumption is generally down, the popularity of rosé has risen – in 2010, rosé accounted for 25% of total wine consumption in France, compared to 10.8% in 1990.

Americans, initially reluctant to part with much cash for their rosé purchases, recently set a record for retail sales of imported premium rosé (bottles priced at $12 and above).  According to data collected by the research firm Nielsen, sales of imported premium rosé grew more than 67% on value and 55% on volume for the year preceding June 21, 2014.  The average retail price for the aforementioned rosé is now $16.80 per bottle. 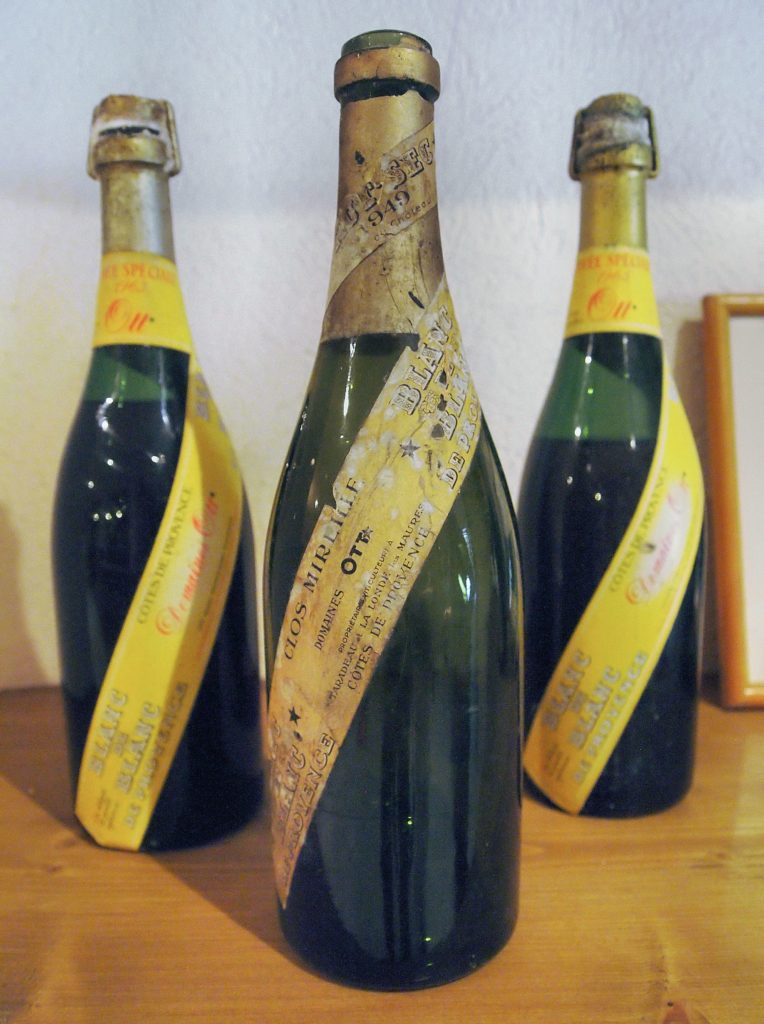 Clos Mireille Cotes de Provence AOC Blanc de Blancs. Note that with the 2013 vintage, the famous “scarf” label (pictured here) is replaced by a label more consistent with the other Ott wines. Photo by Pamela O’Neill

So, why did Monsieur Ott come to mind?

Marcel Ott was exporting rosé to the US as early as 1938.  So often people talk about the recent emergence of good rosé as if all rosés of the past were just a by-product of red winemaking, produced solely to make some extra money.  There were significant exceptions and Marcel Ott was one of them.  He was devoted to producing high quality rosé as long ago as 100 years and, by 1938, he thought it was so good that he shipped it across the Atlantic, probably the first shipment of pink wine to reach our shores.  Today, Domaines Ott* has a register of around 74 countries to which its renowned wines are exported.   Did he plant the seeds for some of the growth of rosé export market we see today? 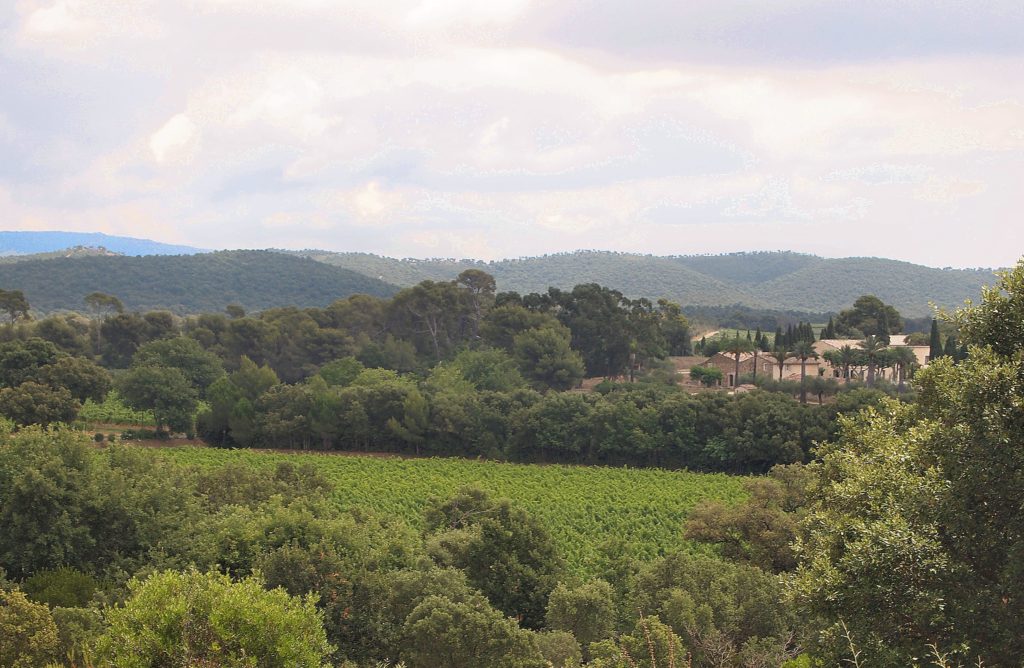 Clos Mireille is located near the Mediterranean sea in Londe Les Maures close to Brégançon. Photo by Pamela O’Neill

Ott came to Provence from Strasburg in 1896, after graduating with a degree in agricultural engineering.  After touring many other wine regions in France, this young man chose Provence as the site to bring his wine-making dreams to fruition.  A man who would become famous for his thorough research, attention to detail, great patience, immense discipline, and exceptionally high standards of quality, he recognized a potential that had not been fully realized in this region at that time. 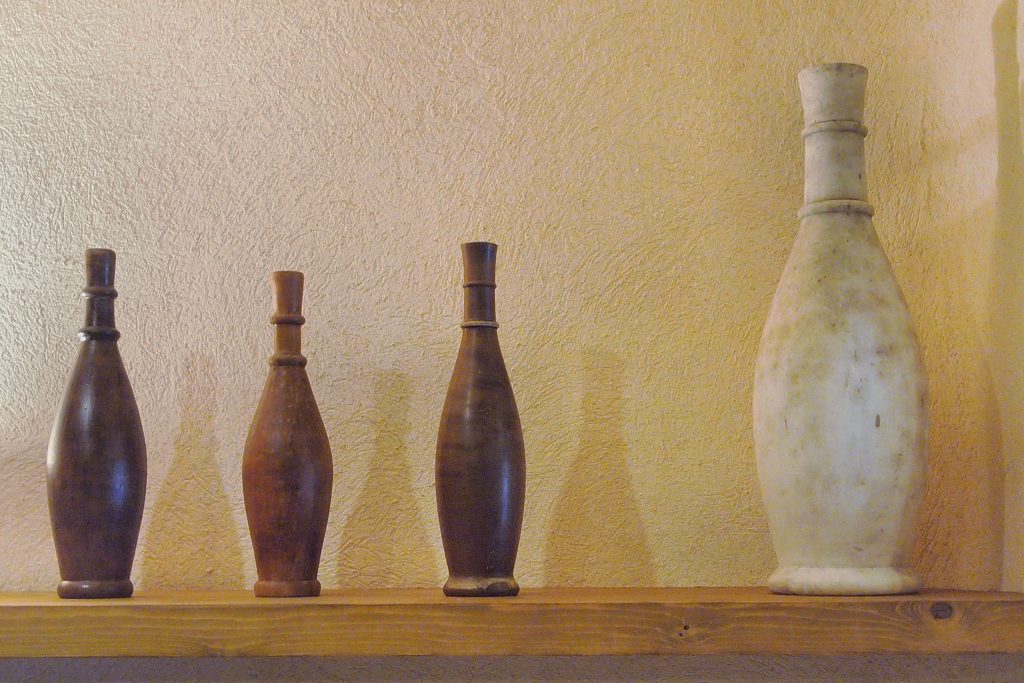 Of course grapes had been grown in Provence (at least) since the time, 2600 years ago, that the Greeks were around. But, around 1880, nearly all the vines were decimated by phylloxera vastatrix, that infamous parasitic insect (inadvertently brought in from the US) that destroyed the roots of vines.  Vineyards rosé to life again with the help of resistant North American root stocks, on to which French vines were planted; however, the vineyards were planted quickly and with inferior grape varietals, so the resulting wines were not considered good.

According to Domaine Ott* employee Adelaïde Beaudonck, who recently showed photographer Pamela O’Neill and me around Clos Mireille — one of three Domaines Ott* estates — Monsieur Ott envisioned that, with the right grape varietals, Provence wines had the potential to be world renowned. 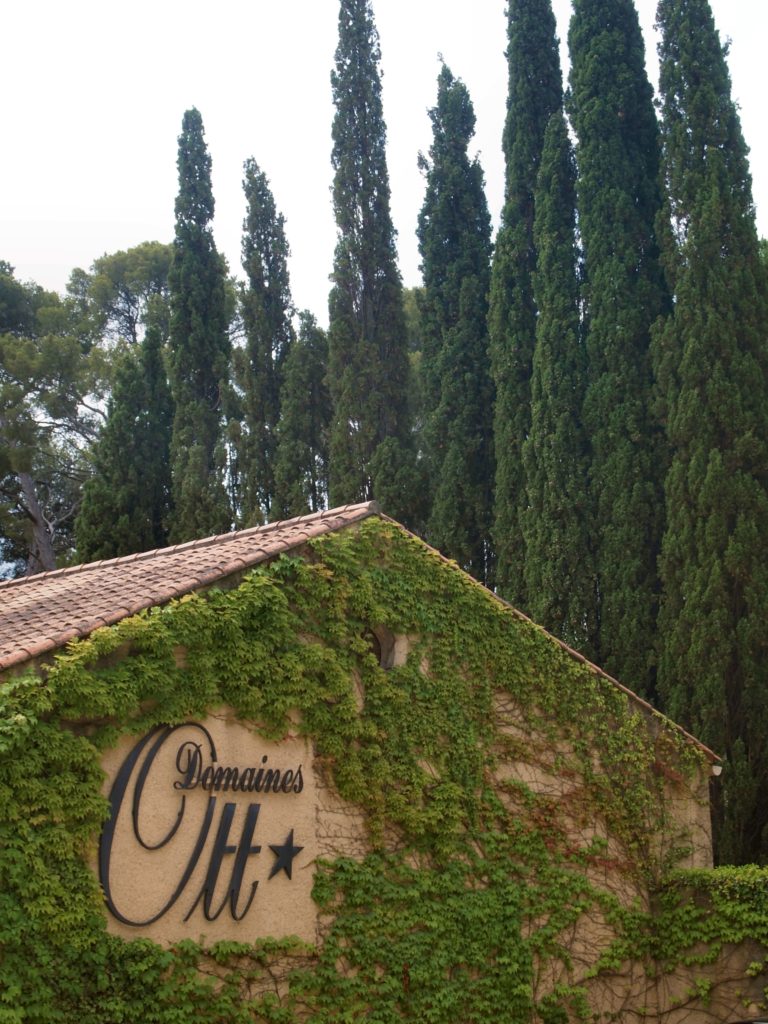 After honing his skills as a viticulturist in vineyards in Cavalaire-sur-Mer, Monsieur Ott launched his first entry into the wine business with the purchase of Château de Selle in 1912. His debut vintage was probably 1920. Beaudonck explained that the exact date is hard to say because wines were initially purchased in barrels, with bottles not appearing until the 1930s. In 1936, after overseeing Clos Mireille for a friend, he purchased that estate (and in 1956, the Ott family purchased Château Romassan).

From the very beginning, Ott set very high standards, taking the less traveled path (at that time in Provence) of sacrificing quantity to produce the highest quality wines possible, even for his rosé. The Domaine Ott* Coeur de Grain Rosé is, still today, considered the finest rosé in the world by some folks. 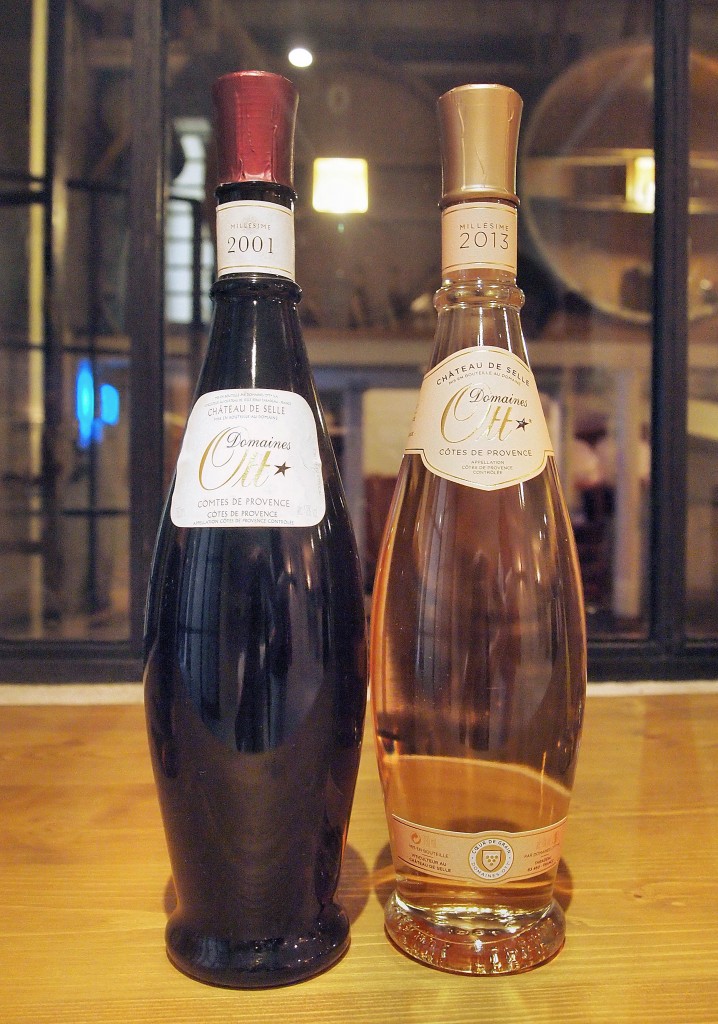 The rosé that he exported way back in 1938 undoubtedly came from Château de Selle where all three colors of wine were produced at that time. (Rosé was not produced in Clos Mireille until 2007 and Château Romassan had not yet been purchased.)

Ott’s early exports to the States were part of his foresighted goal to create an identity for Provence rosé.  Monsieur Ott had long acted to promote the distinct characteristics of Provence wine and those early efforts  undoubtedly played an important role in the later creation of the Côtes de Provence as a VDQS (in 1951) and still later as an AOC (in 1977). 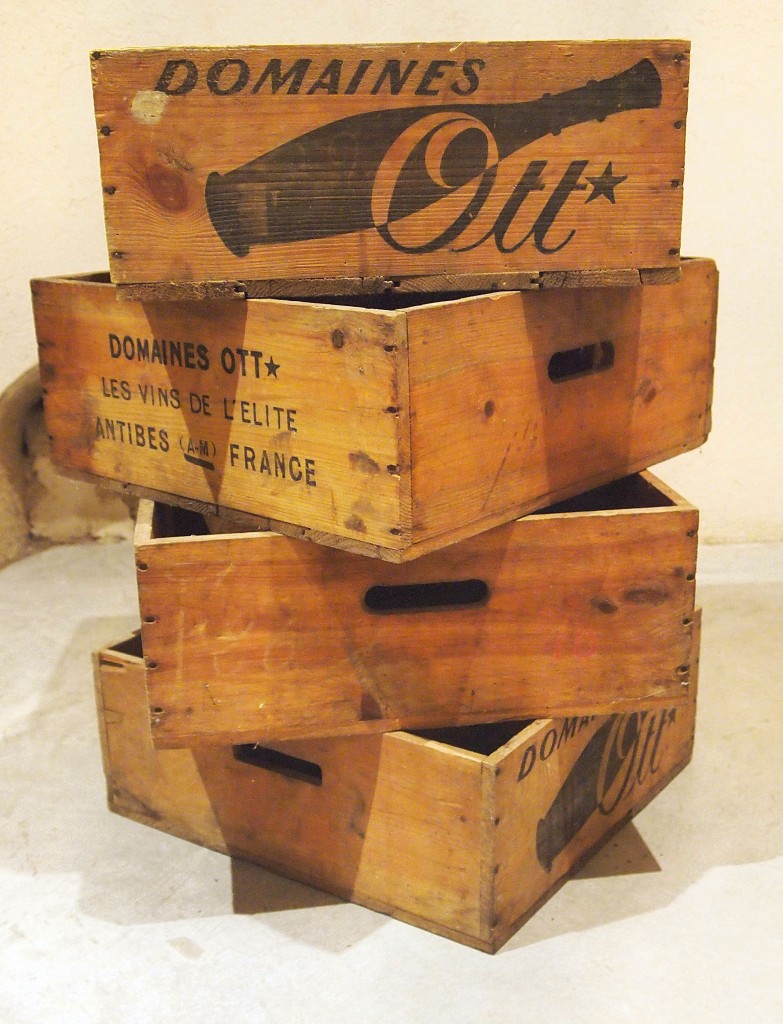 Not surprisingly, I suppose, a man like Marcel Ott – so devoted to his Provence wines and to every detail involved in growing the grapes and producing the wine – would want his name on the label of the bottle. Giving such prominence to one’s name on the bottle was not common at that time and, in fact, a patent could not be granted for one’s personal name. Ever the enterprising winemaker, he appended a star to the end of his family name and claimed that “Ott*” was not his name! Thus, the birth of “Domaines Ott*.”  I suspect his desire to have his name on the bottle stemmed more from wanting to promote his wines with a “seal of quality” than from any vanity purposes on Ott’s part. 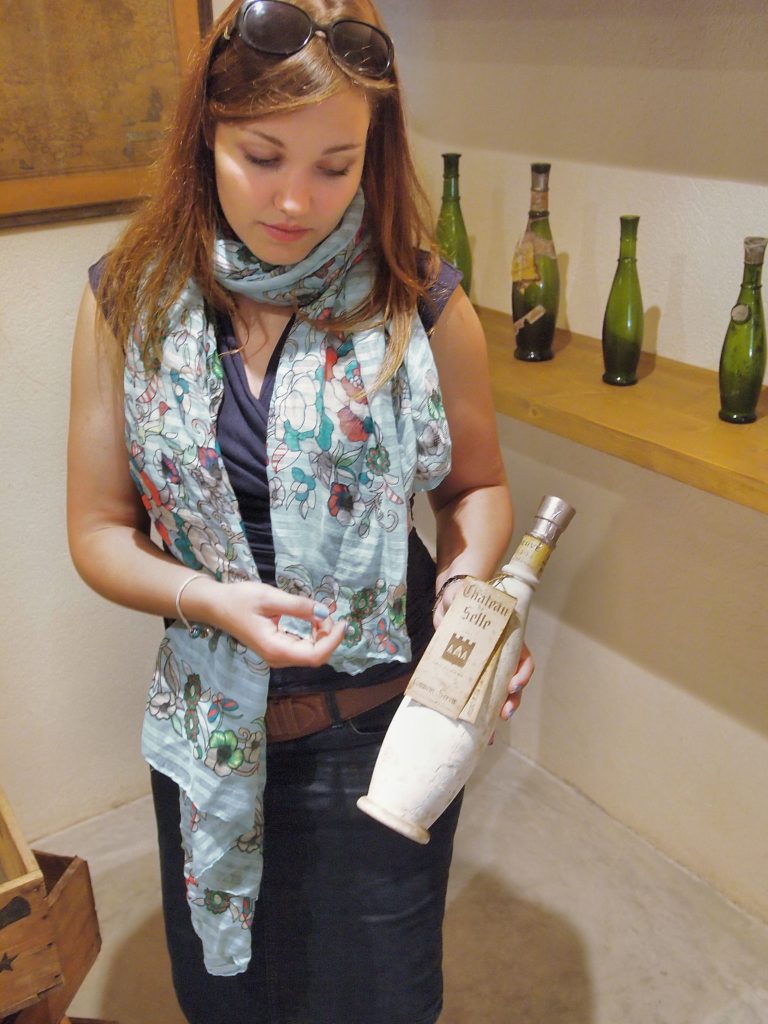 Such distinctive wine demands a distinctive bottle.  At least that’s what René Ott, son of Marcel, felt in the 1930s when he decided to create a unique bottle shape to showcase the wines. Reportedly inspired by the early Greek and Roman amphorae – that were commonly unearthed in vineyards across Provence at that time and parts of which still are today – the younger Ott created a similarly shaped bottle. 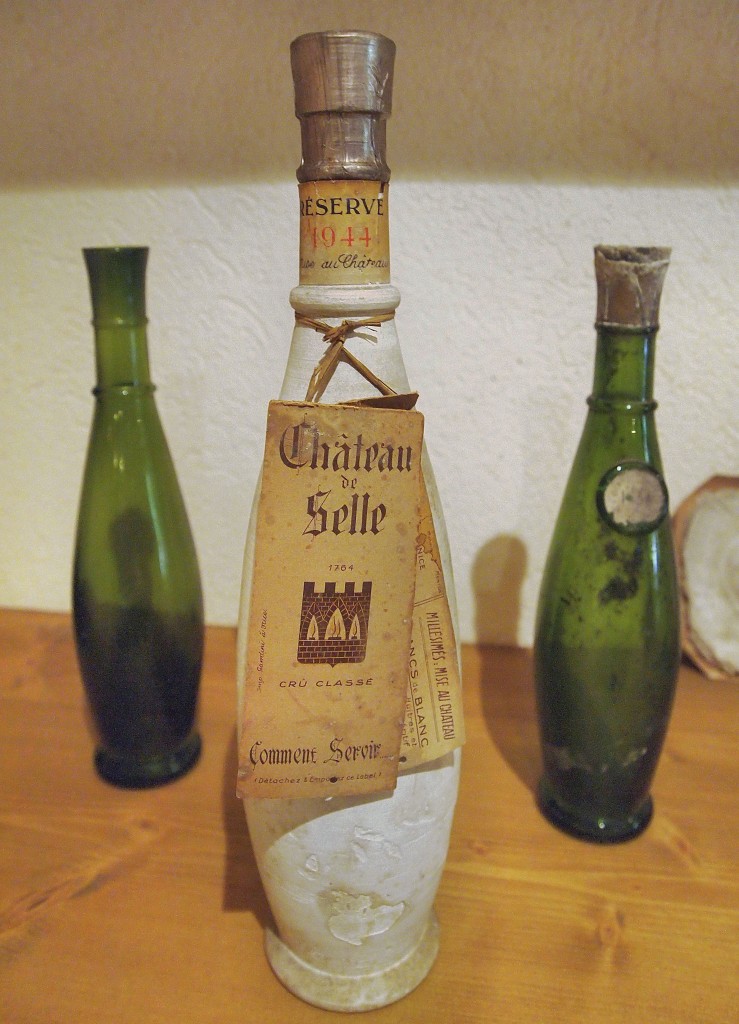 One of the early Domaine Ott bottles with two amphorae. Photo by Pamela O’Neill.

Beaudonck told us that René Ott went to the winemakers in neighboring vineyards to see if they were interested in using the bottles he had designed (in an effort to work together to reinforce the identity of wines from Provence).  Apparently they were not, so he obtained a patent for the shape which remains in effect today, evidence of which can be seen on the bottom of every bottle. “Bouteille Ott Marque Deposée” means “Bottle Ott Trademark.“ Bottling machines had to be specially made to accommodate the shape of the bottle and, today, they still fill the same distinctive Ott bottles that, I think, remain as appealing today. 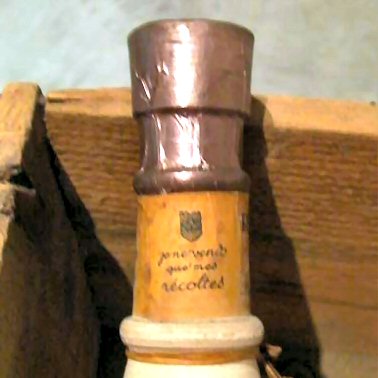 “I sell only [wines made] from [grapes] I grow” . Photo by Pamela O’Neill

In addition to the unusual use of his name on the bottle and the unique bottle shape, two other characteristics of Domaine Ott* illustrate the founder’s eye for detail and, his prescient recognition of the importance of promoting his wine and Provence wine, in general.   He added “Je ne vends que mes récoltes” and “Mis en Château” to the label(s) on the bottle, something not even done in Bordeaux yet, according to Beaudonck.  It was important to Monsieur Ott, I imagine, to convey to his customers the pride he had for the quality of his wines with “I sell only [wines made] from [grapes] I grow” and “Made in [this] Château.” 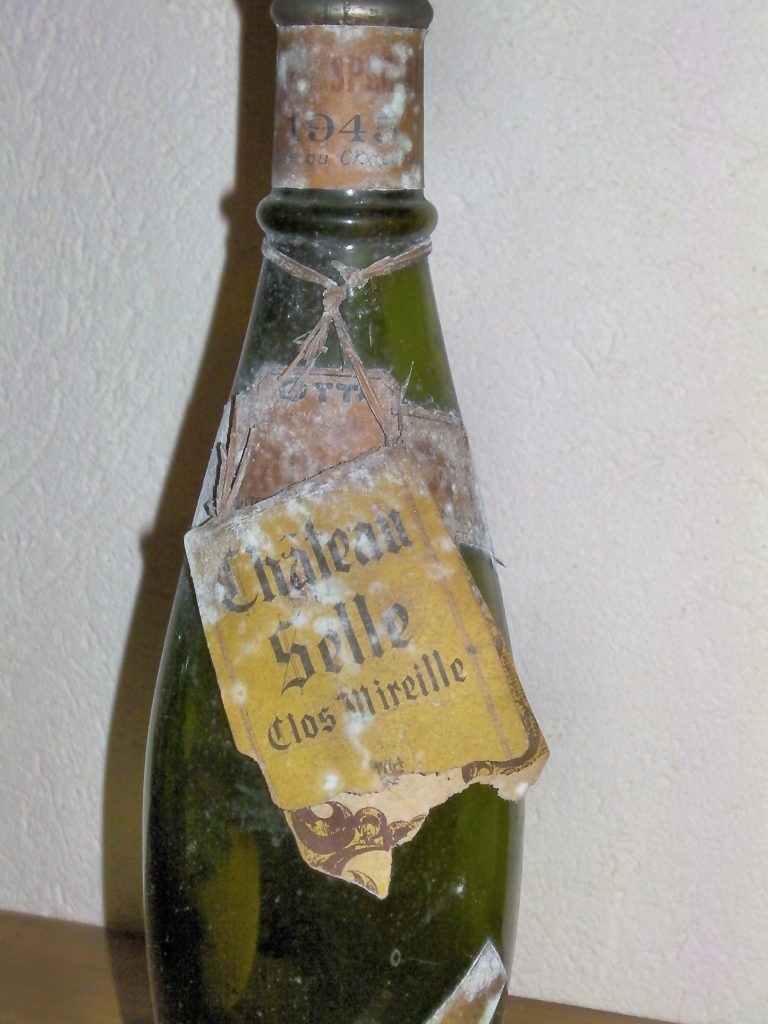 An informational tag was tied to each Domaine Ott bottle. Photo by Pamela O’Neill

Finally, the most transparent promotional material was the beautiful folded tag tied on to each bottle.  The tag featured an ornate map of Provence, showing where the Châteaux are located, suggested the temperatures at which the various wines should be served, and recommended foods to pair with the wines. (Even Don Draper would have been impressed!)

Marcel Ott not only founded Domaines Ott* and produced wines that are internationally recognized for their excellence today, but he acted on his astute understanding of the potential of Provence wines, especially rosé.  With characteristic fastidiousness and an all-consuming passion, he promoted these wines domestically and abroad, thereby acting as the earliest spirit of the modern Provence rosé vanguard. 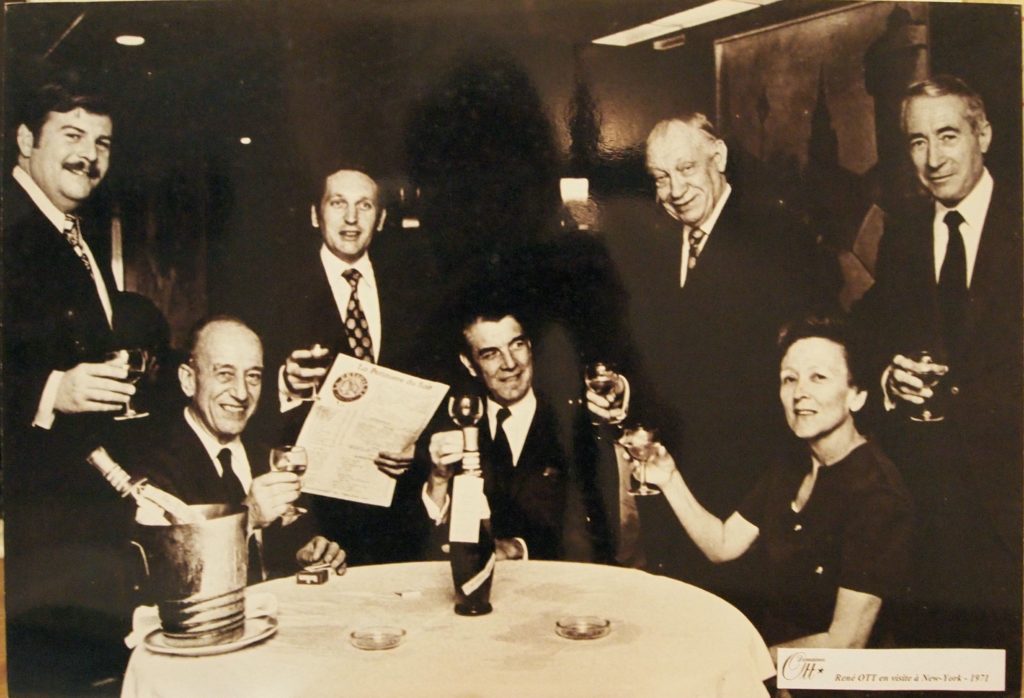 This photograph hangs in Clos Mireille and pictures René Ott on a visit to New York in 1971. I wondered which Domaines Ott wines he was promoting?